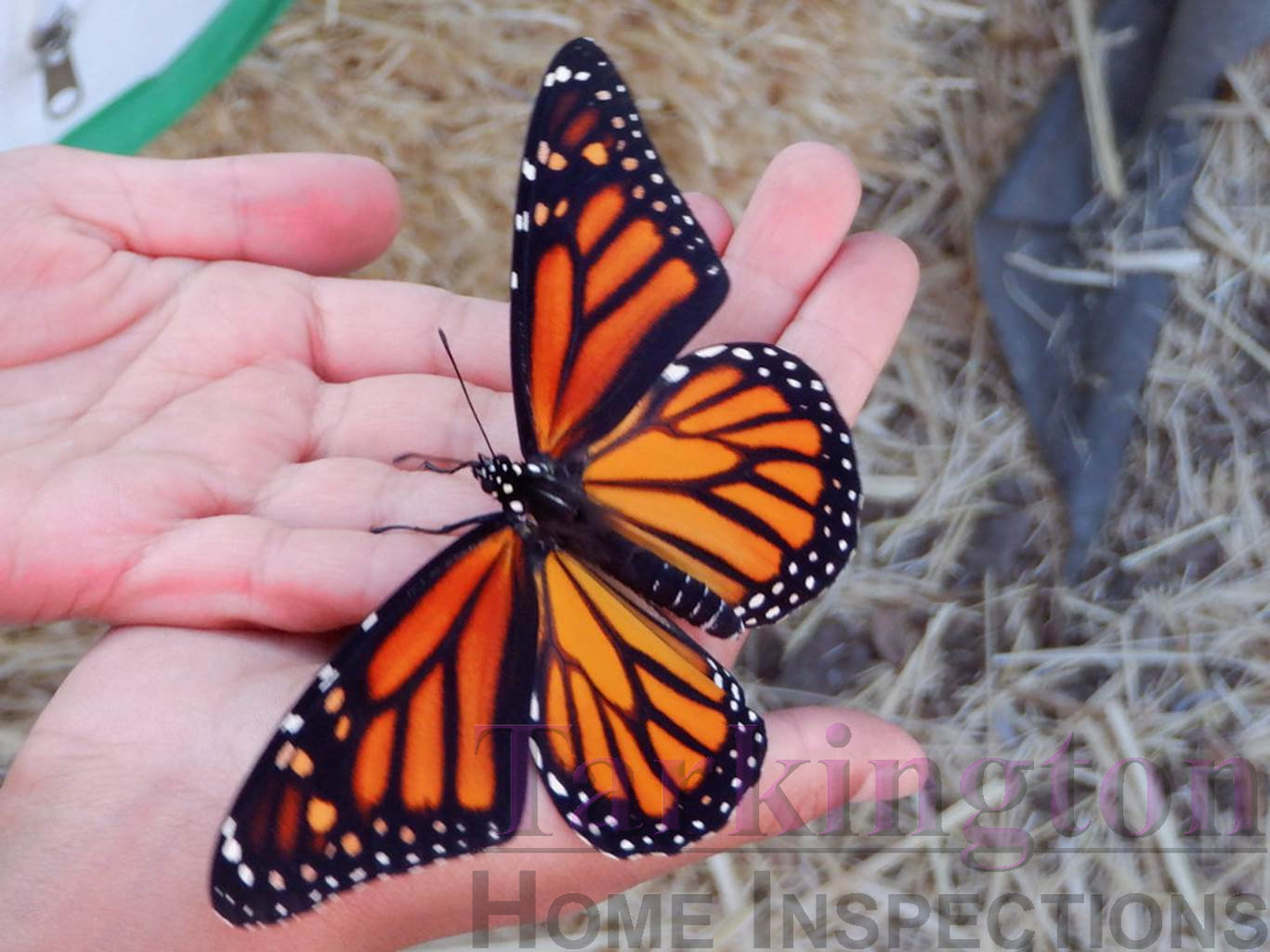 In Spring 2020 I planted several native, Narrow Leaf Milkweed plants. That spring and summer, the plants were too small and weak to host any caterpillars. So I kept the plants hidden amongst vegetables in the garden to dissuade butterflies from finding them and laying eggs. This spring, those three plants sprang up with great vigor and spread into eight clumps of plants.

In mid-spring, we would watch the monarch butterflies visit the plants for egg dumps — one plant might get visited a dozen times over two days. I was slightly worried that there would be more voracious caterpillars than the plants could support. Daily, we searched the plants for tiny caterpillars and watched as they ate the leaves. A day or two later, they were gone. Weeks earlier, a neighbor had released lady bugs in his yard. By the time the caterpillars were hatching, the plants were well patrolled by lady bugs, ants and spiders; leaving little chance for any caterpillar to grow.

Realizing the caterpillars would not survive without assistance, I brought the little ones indoors. Of that first generation of butterflies, we raised and released three. By the time the third generation arrived, we had butterfly cages with upwards of fifteen caterpillars. At one point, we gave away half a dozen, that were ready to cocoon, with milkweed to families with kids. This allowed them the opportunity to watch them cocoon and later release butterflies.

Between April and October, we released close to 50 monarch butterflies. The milkweed has been slowly dying back in October and November, but we keep finding occasional caterpillars. By the end of summer, the plants were no longer as heavily patrolled by lady bugs, ants and spiders, and at least four caterpillars were able to survive to the cocoon stage outdoors.

I hope you enjoy the pictures from this year’s butterflies, 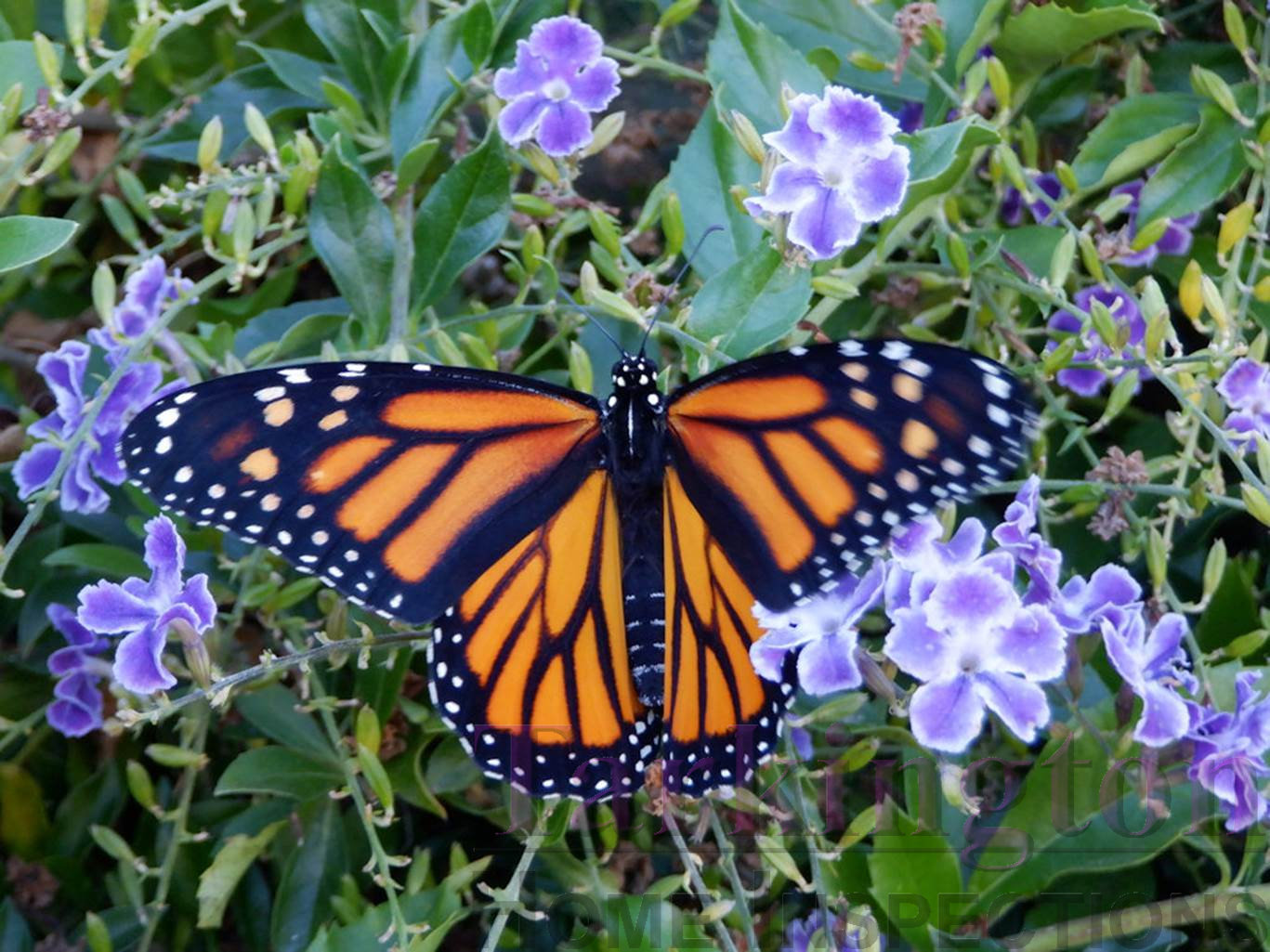 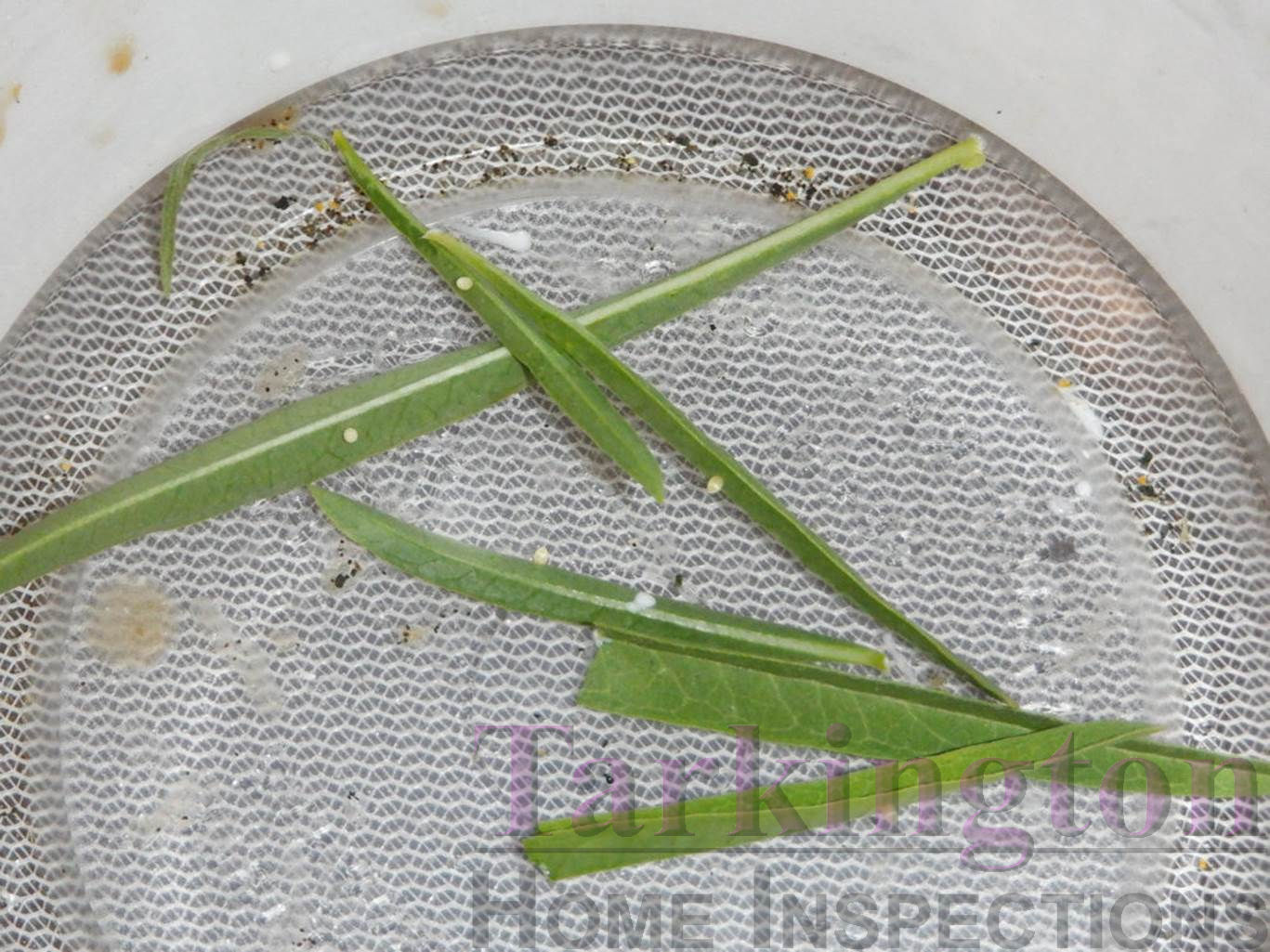 Each leaf in the plastic tub contained one monarch egg. The eggs in the picture are several days away from hatching. 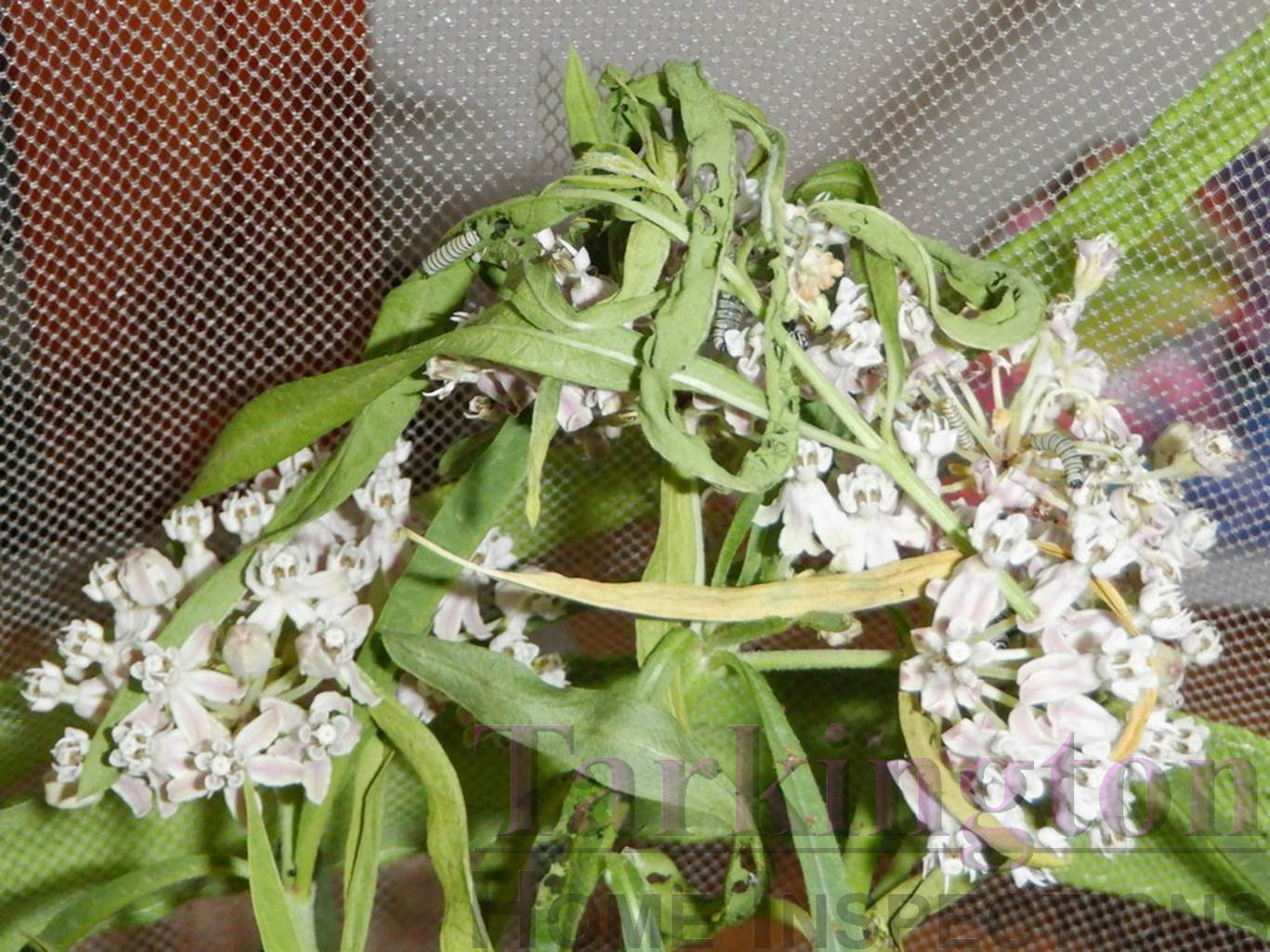 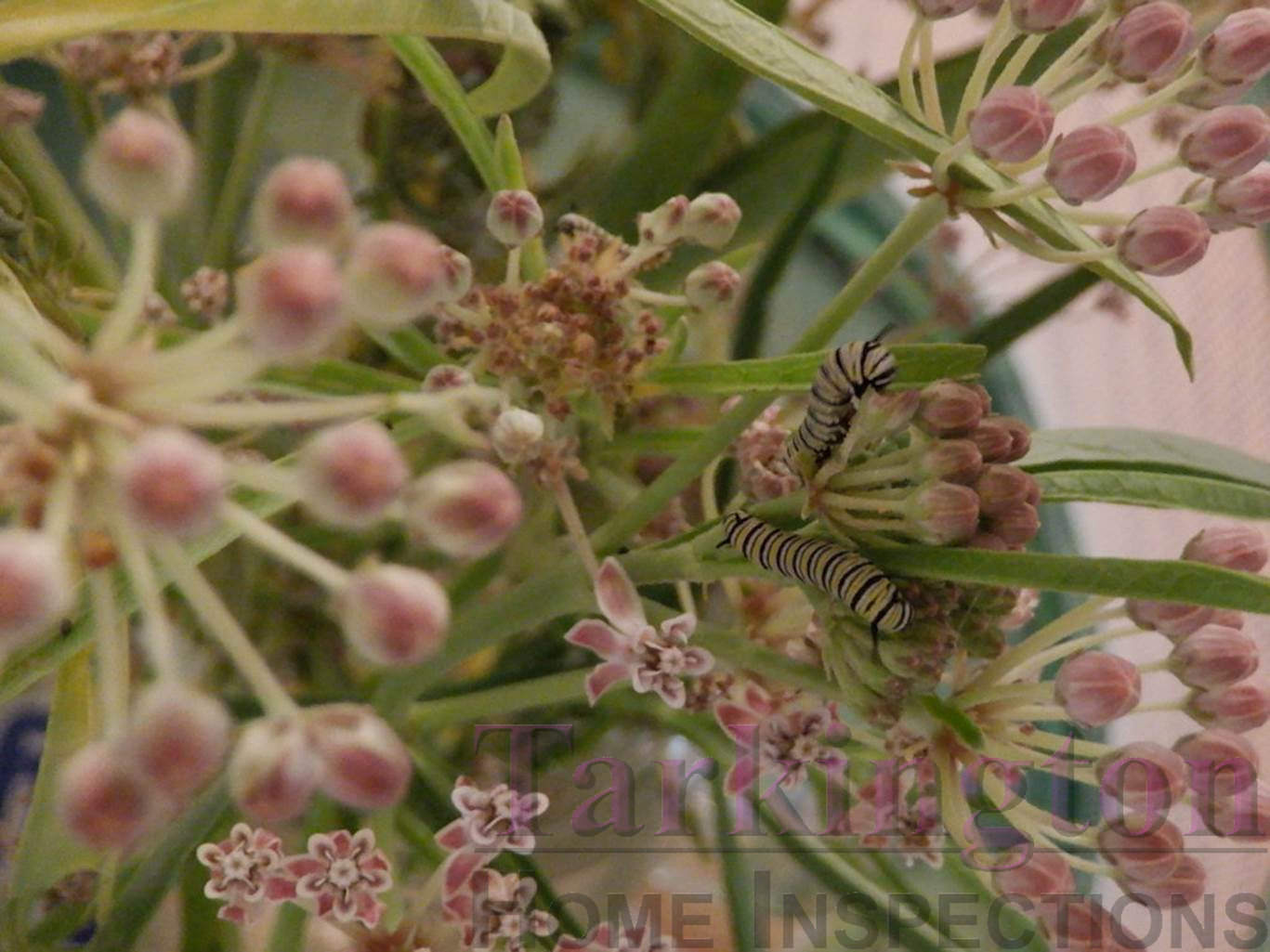 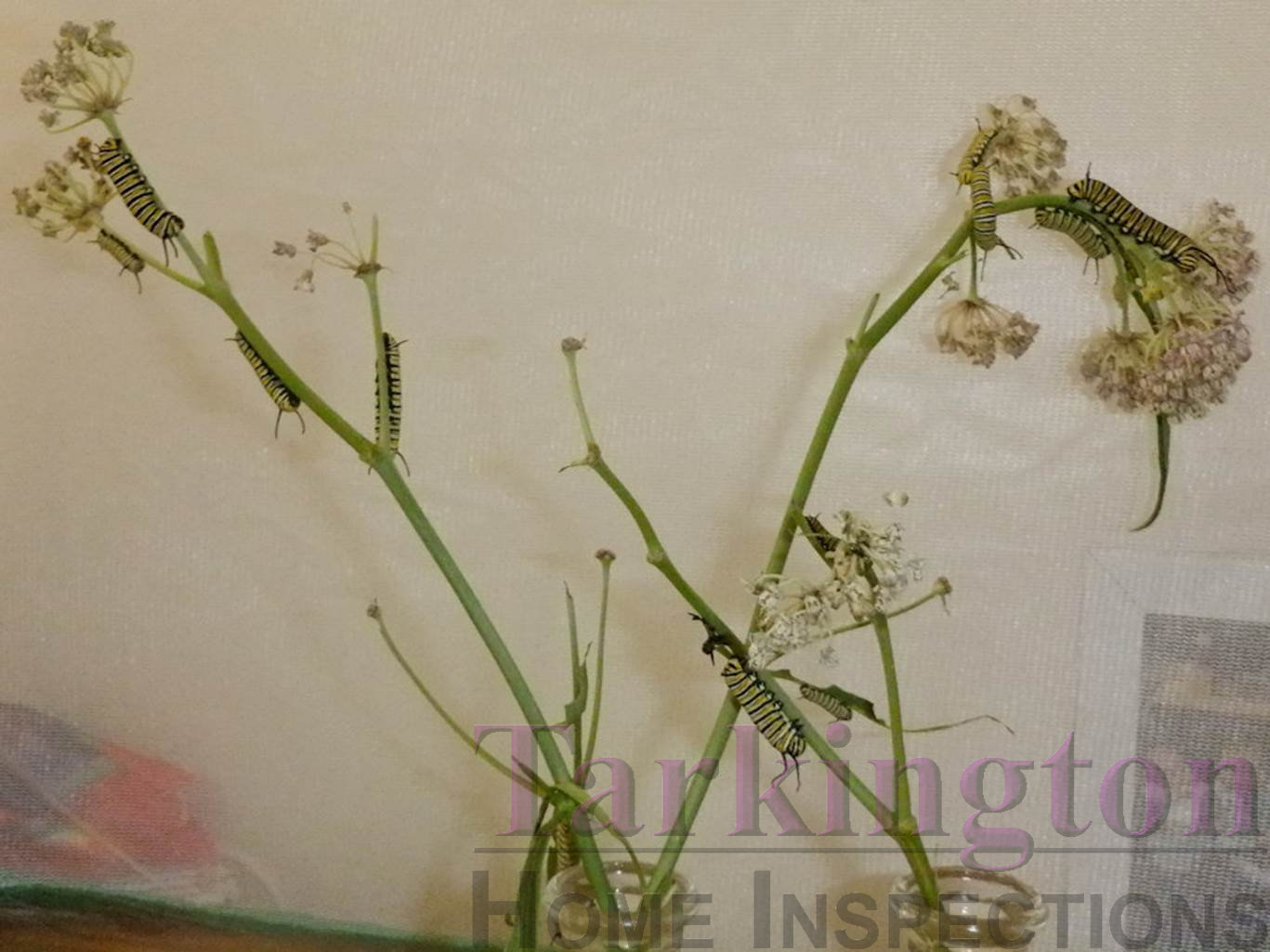 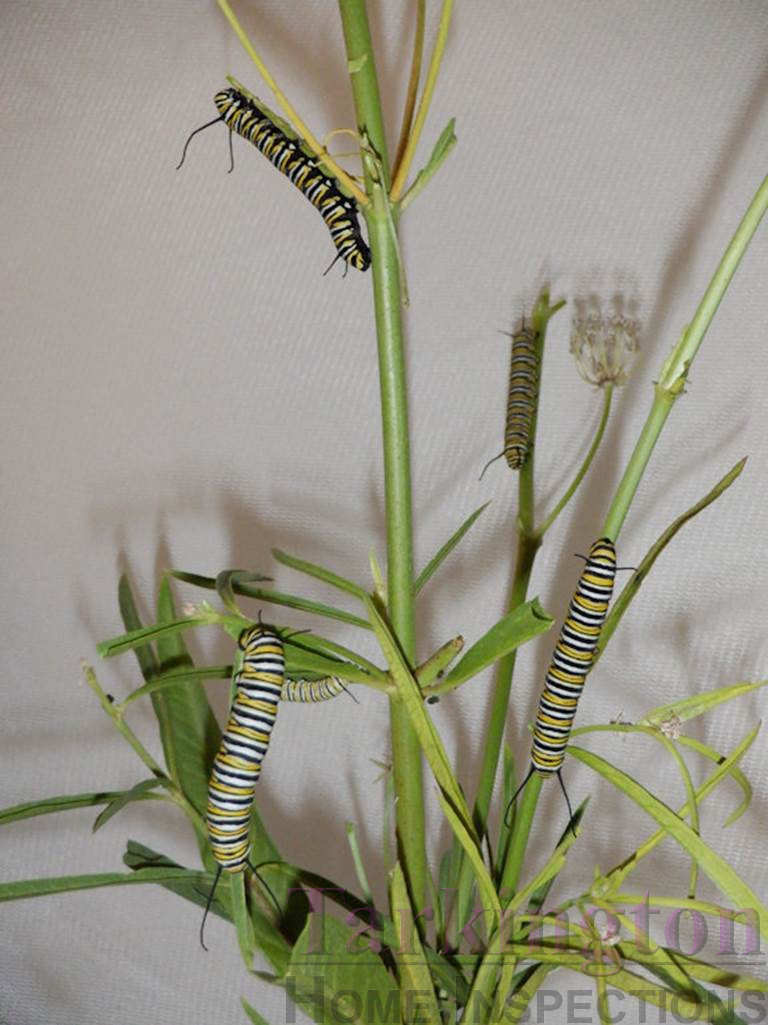 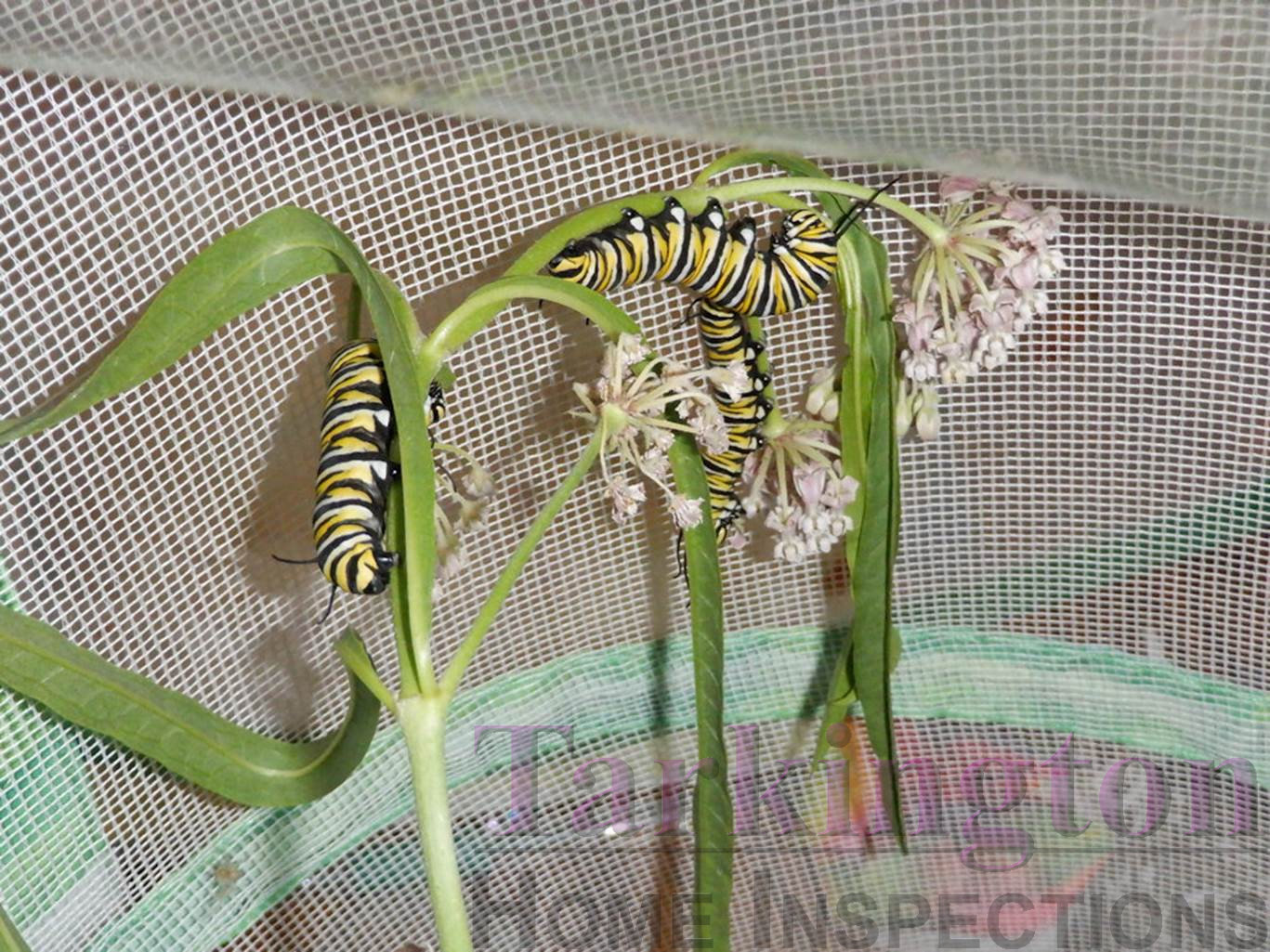 Three large caterpillars, almost ready to crawl around and find a place to cocoon. 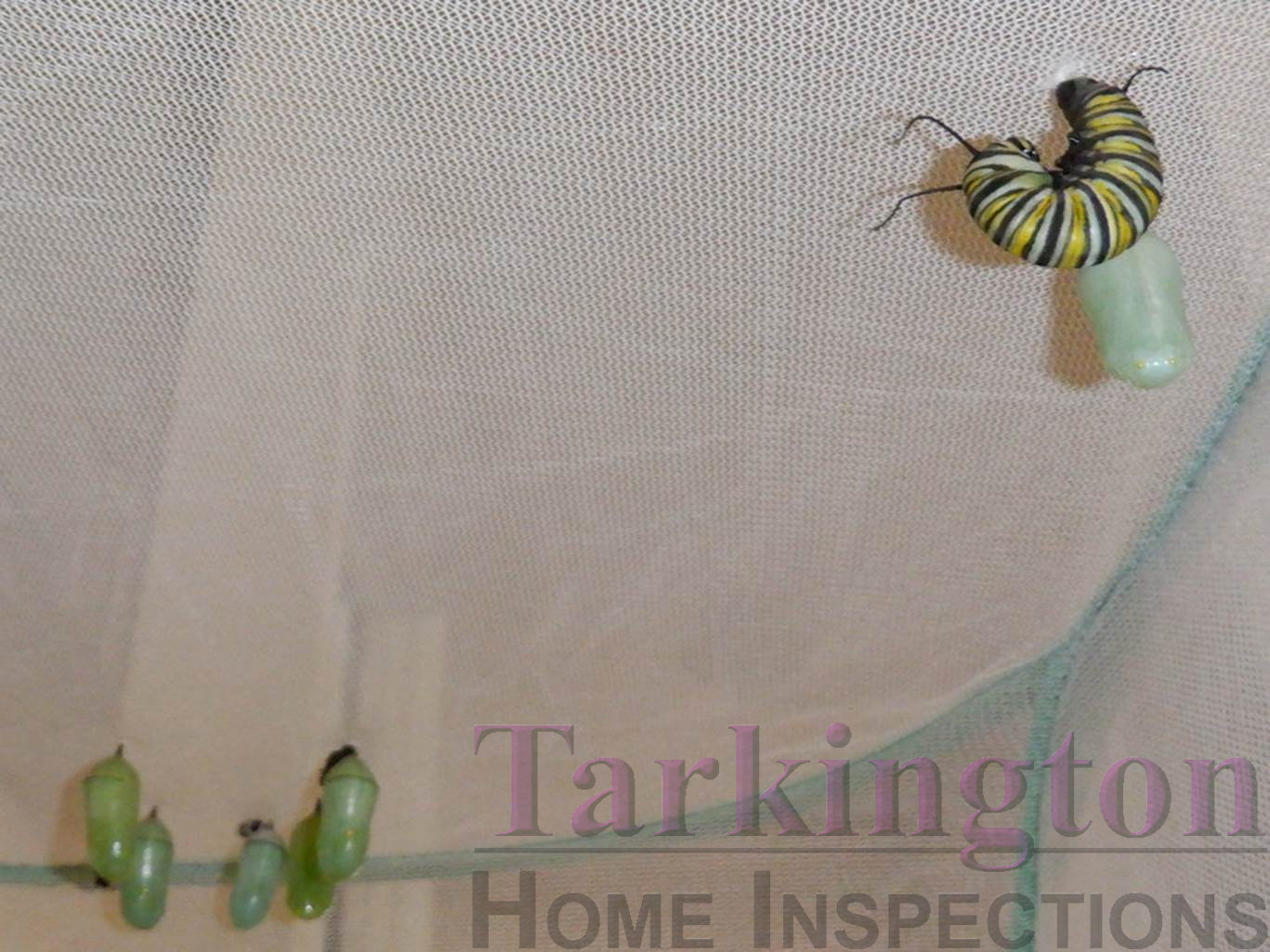 Six cocoons and one caterpillar starting to cocoon. 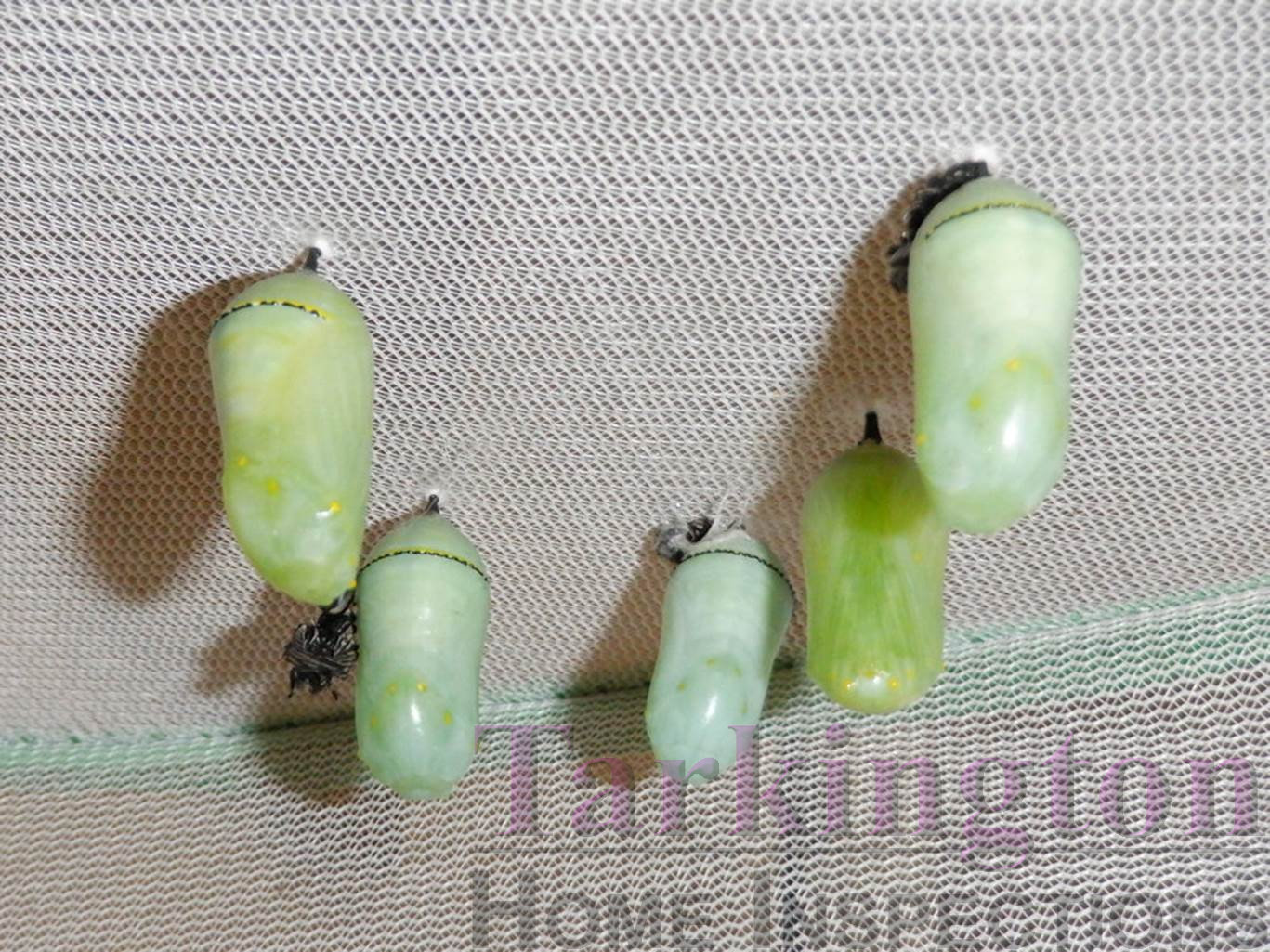 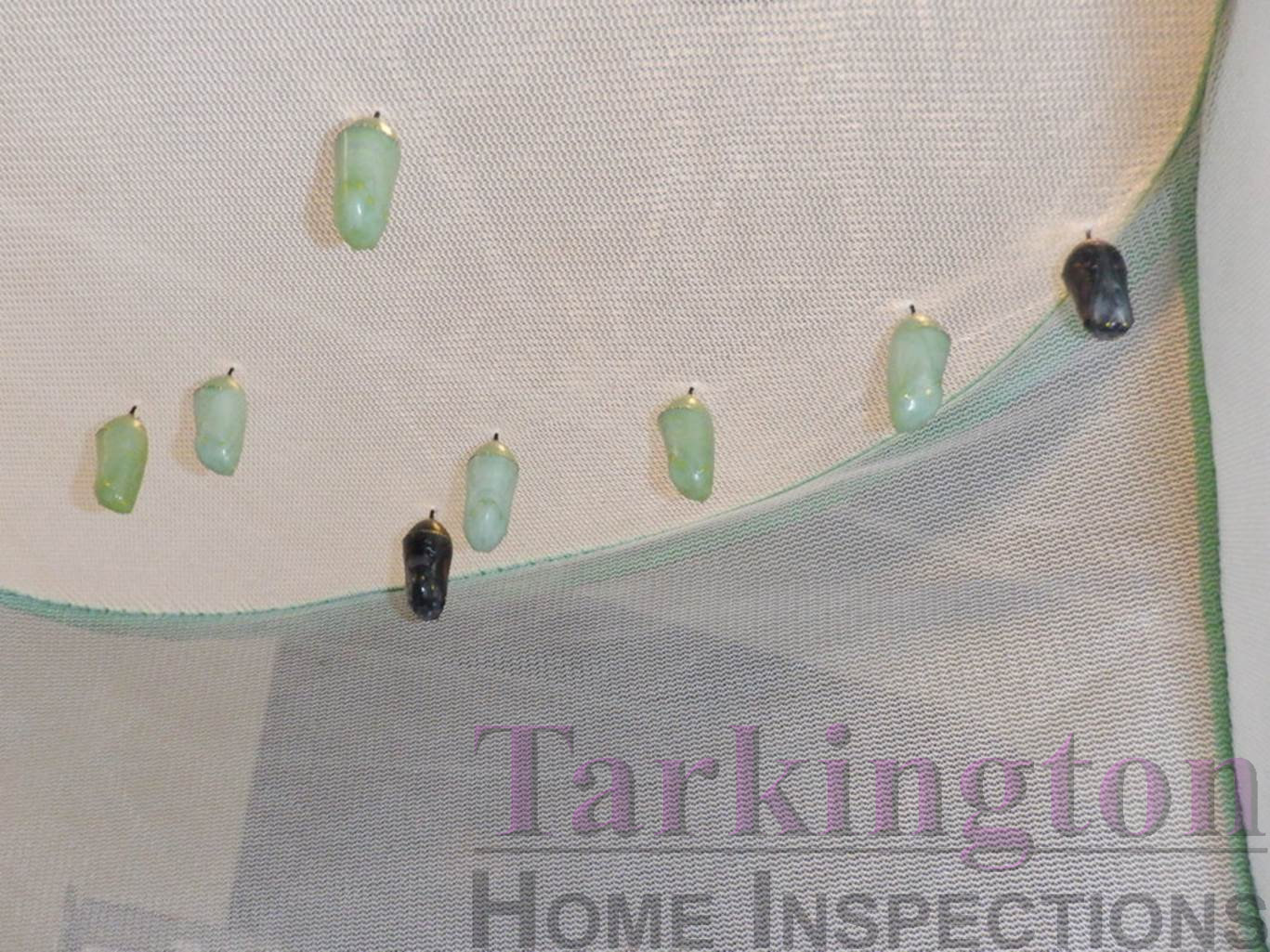 The black cocoons have butterflies about to emerge. The ones in this picture emerged several hours later. 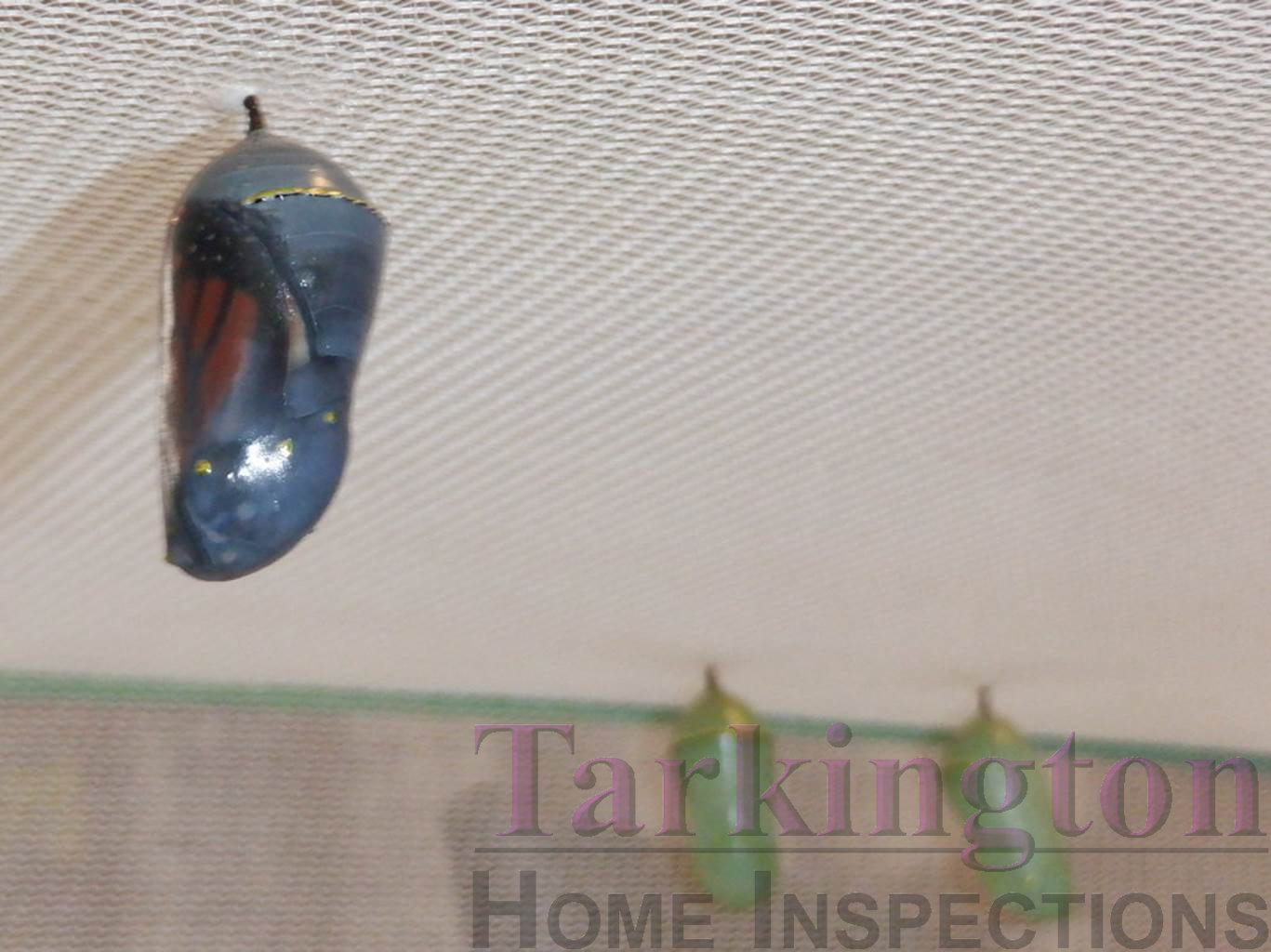 The butterfly is visible in the transparent chrysalis. This one emerged hours later.

Video of a butterfly emerging from the chrysalis. 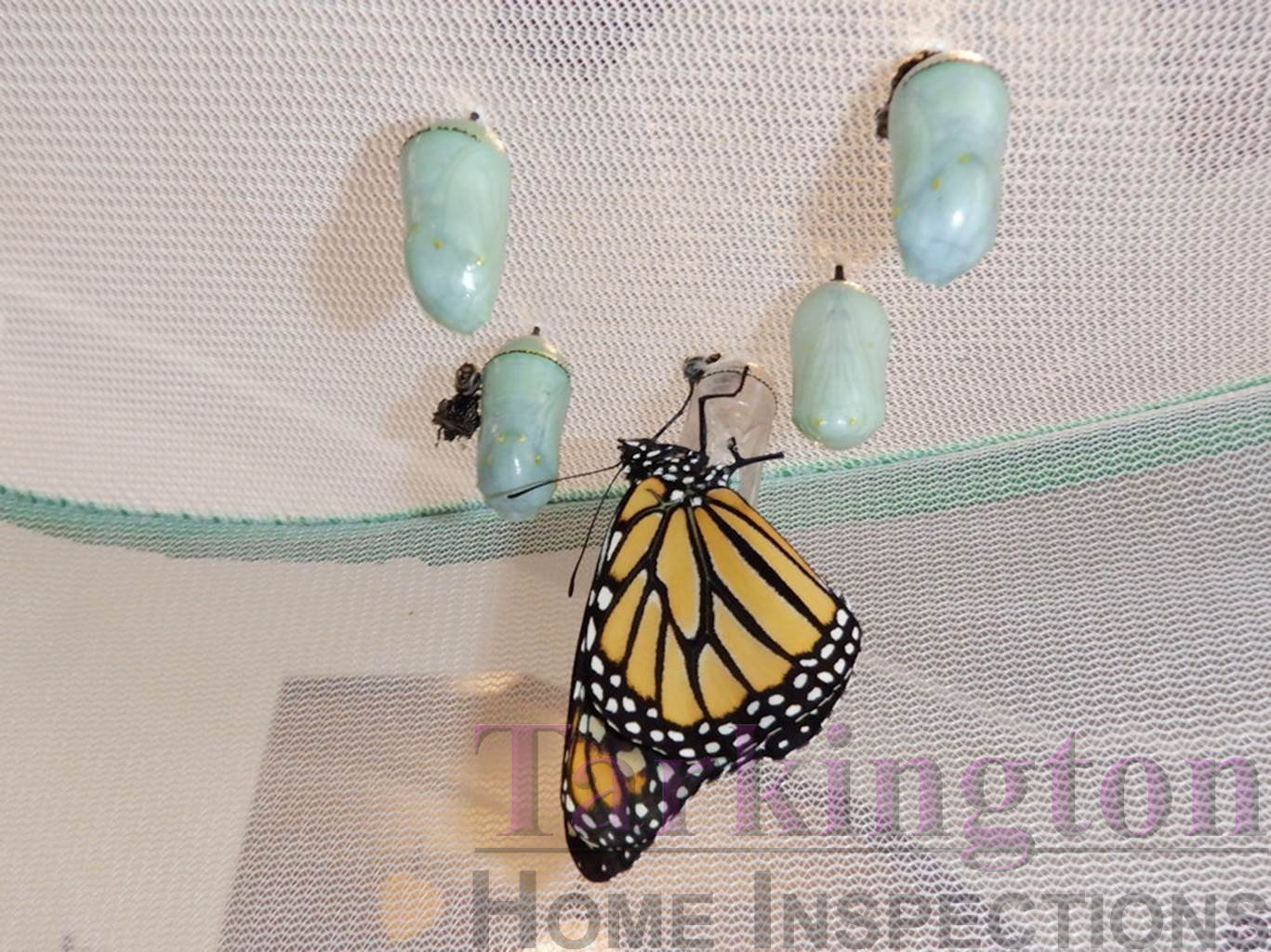 A recently emerged butterfly, still drying its wings. The butterflies often emerged around 10:00 am and would hang around for several hours. Most were not ready, or active, until the late afternoon or next day. 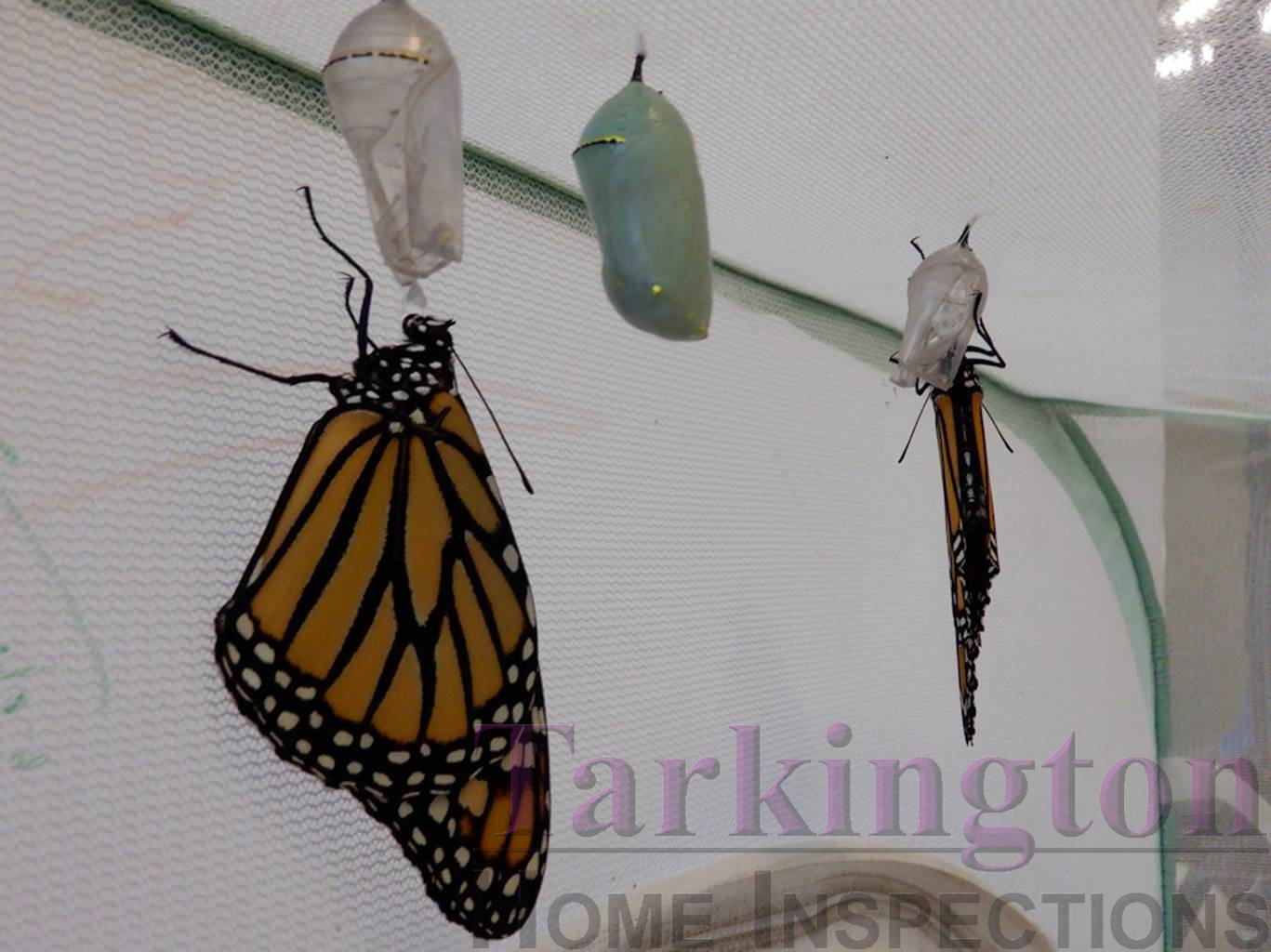 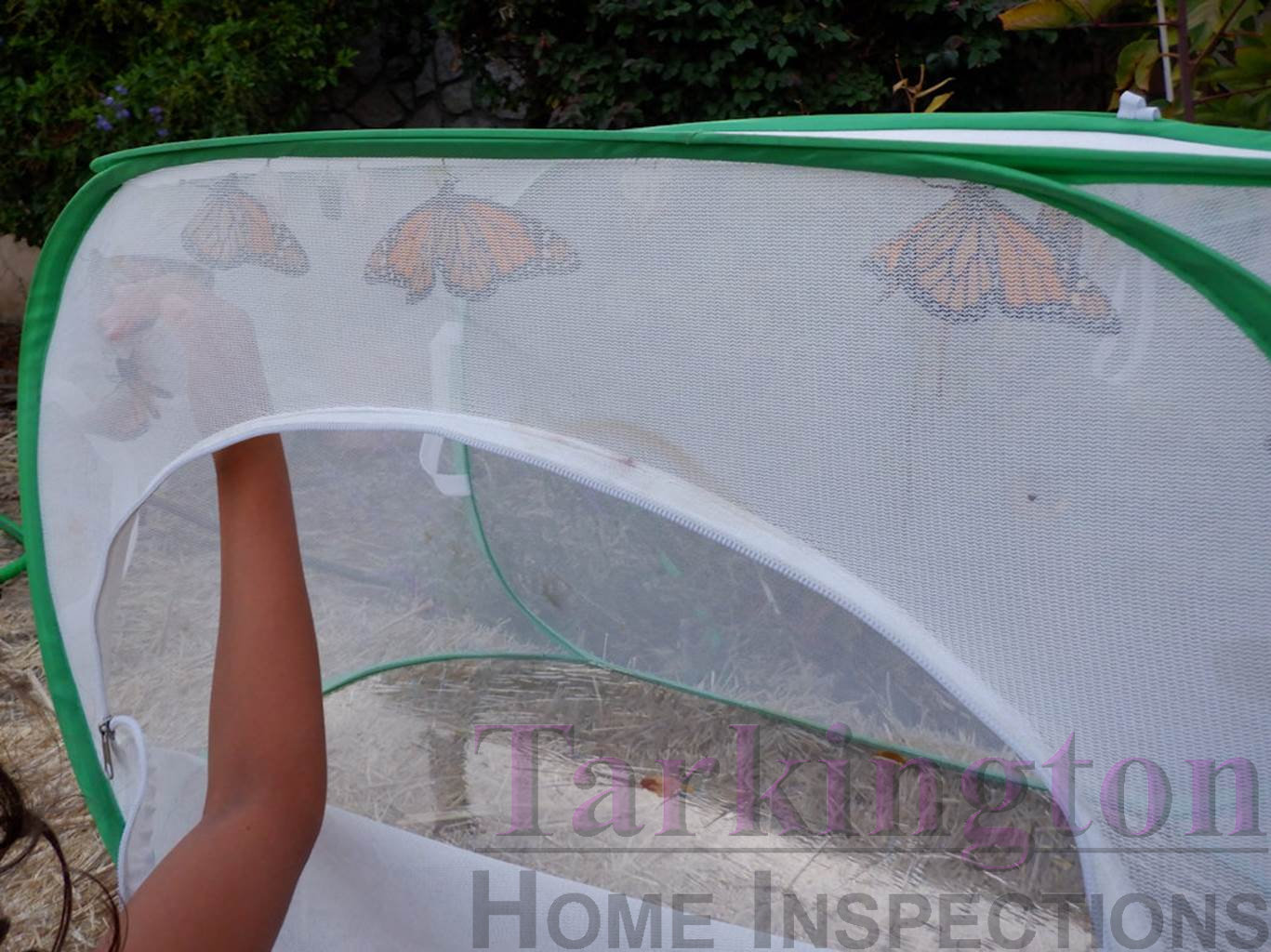 The butterfly cage with many butterflies to release. 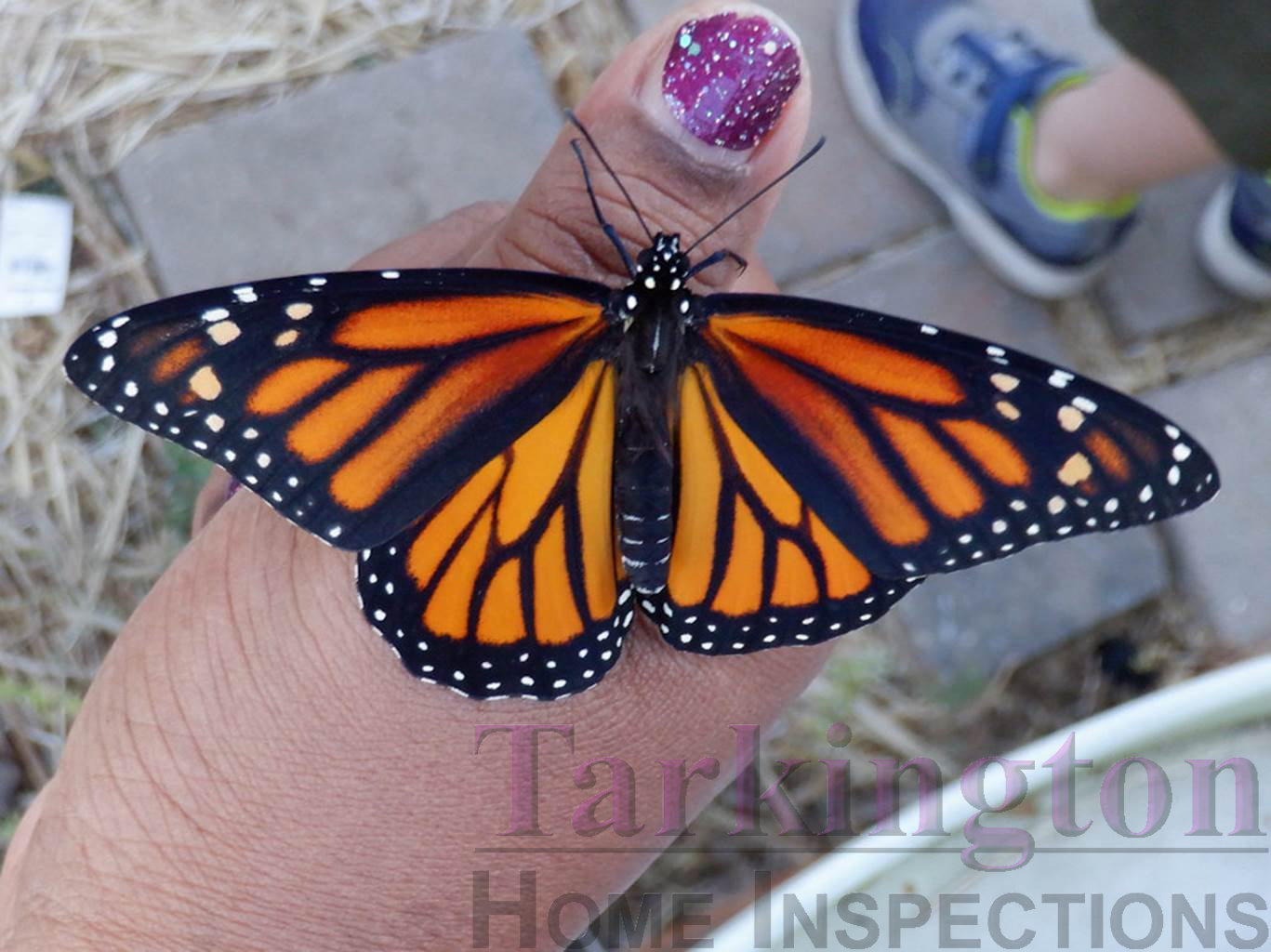 A female butterfly resting before flying away. 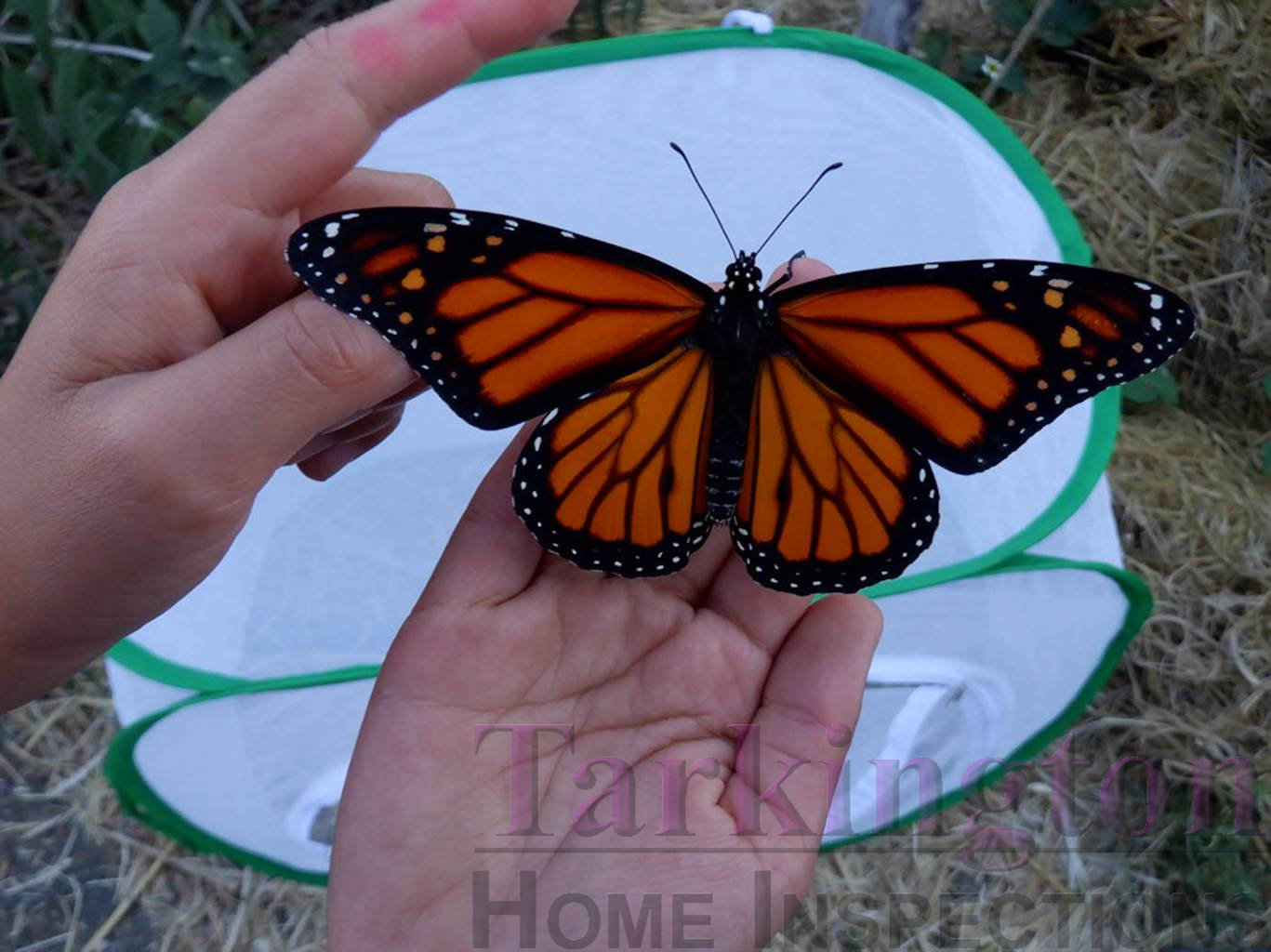 A male butterfly resting. The males have a spot on each of the lower wings. 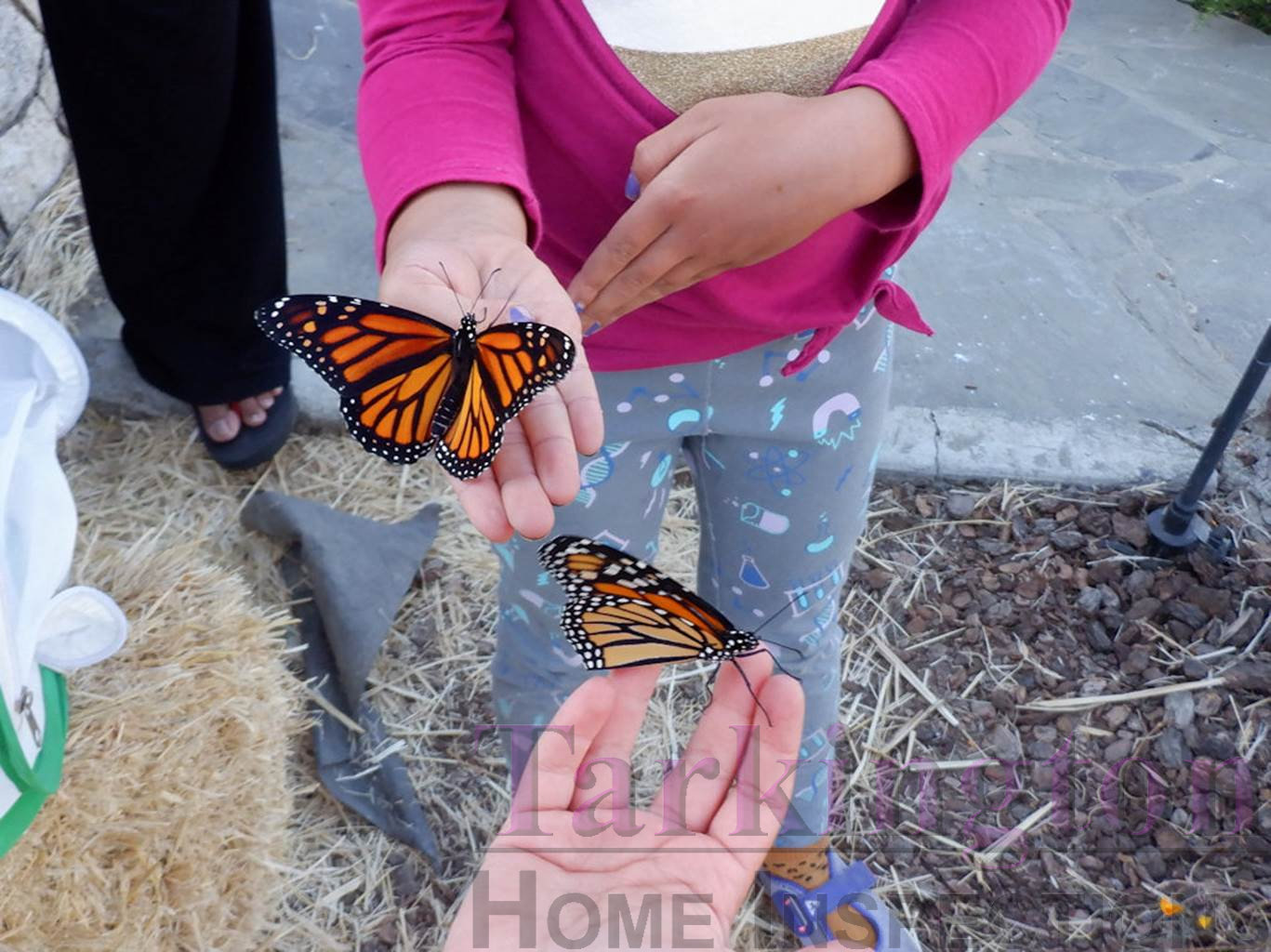 My daughter and a friend releasing butterflies. 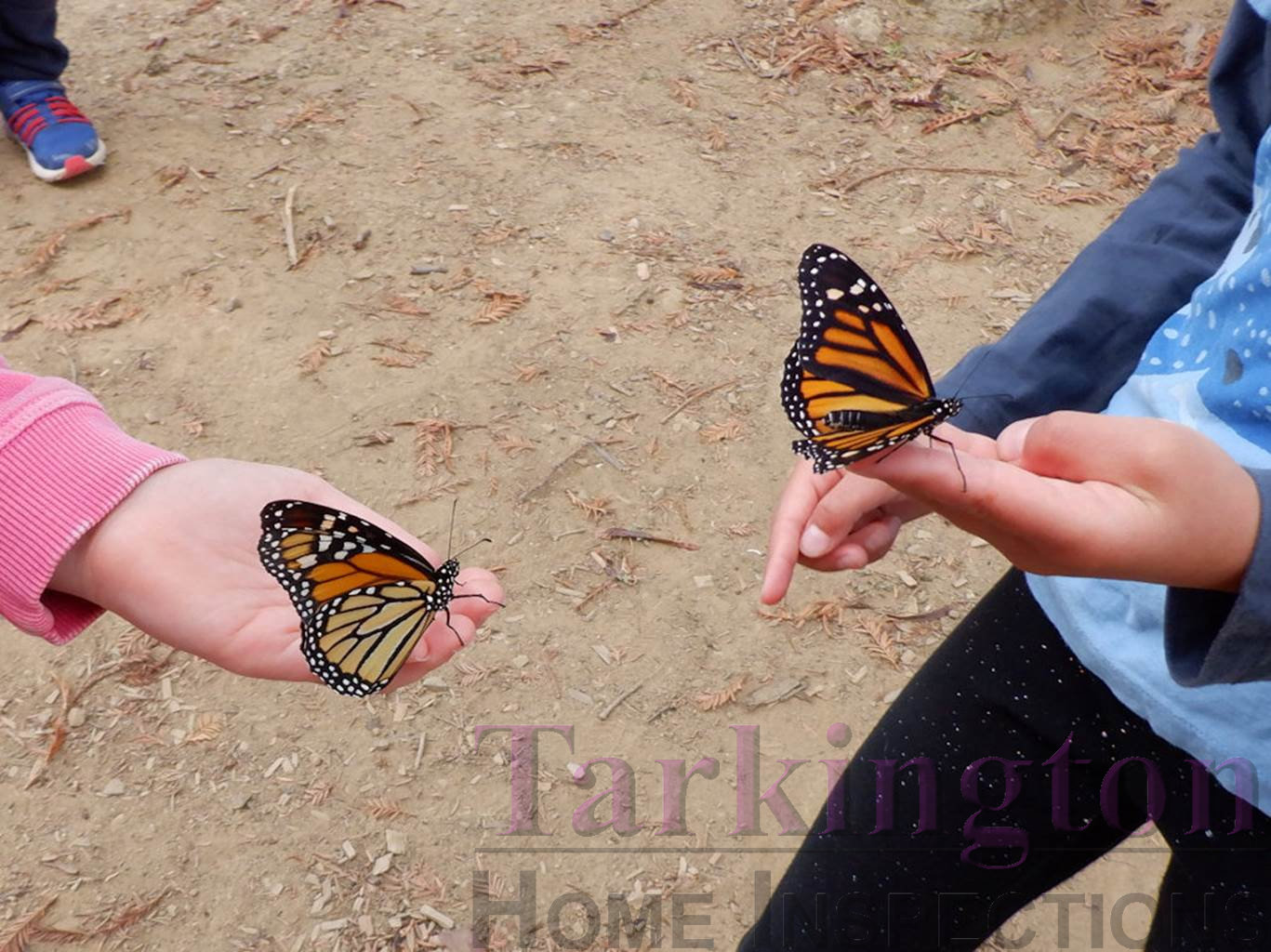 My daughter and her bestie, releasing butterflies at the park. 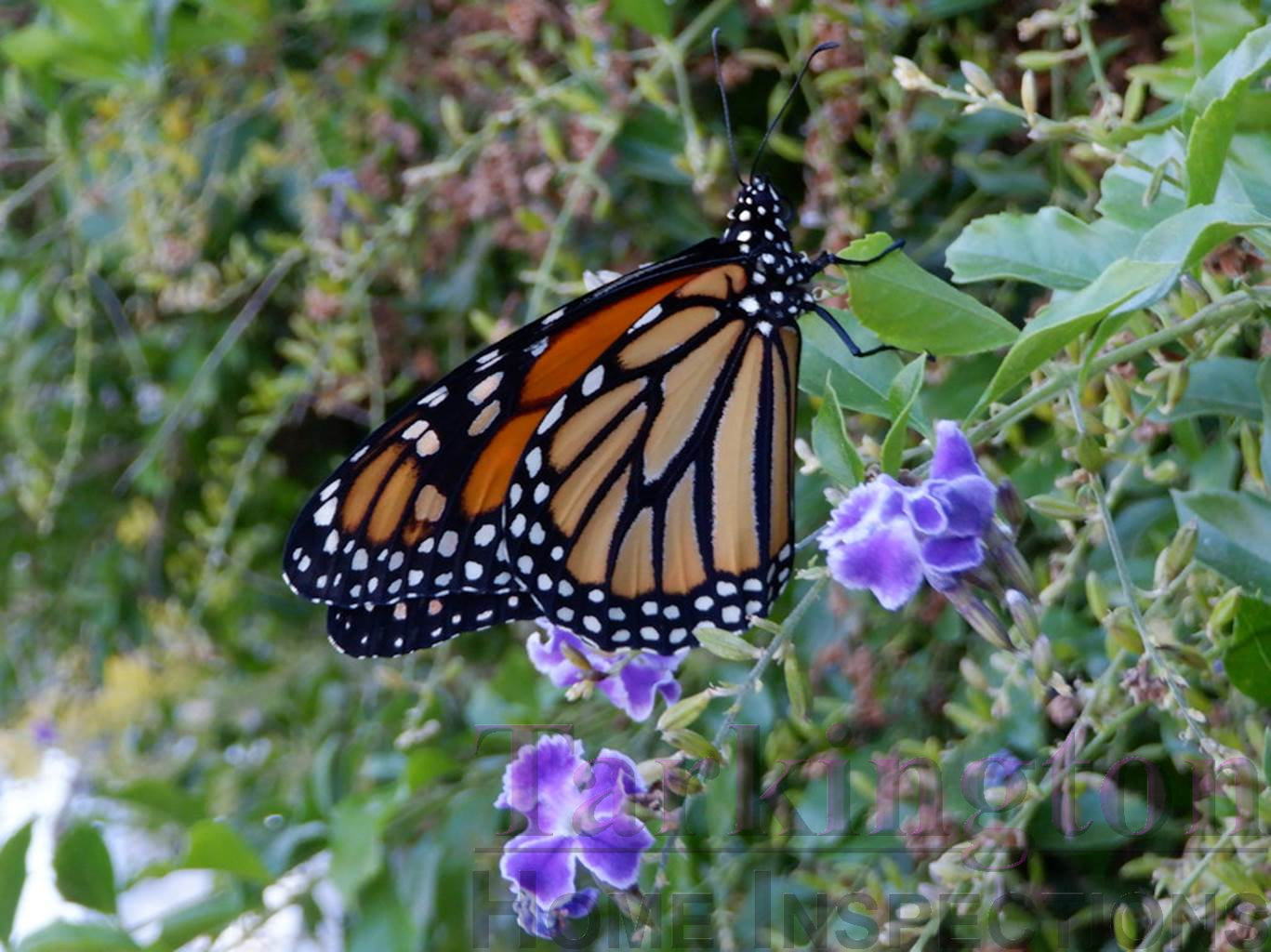 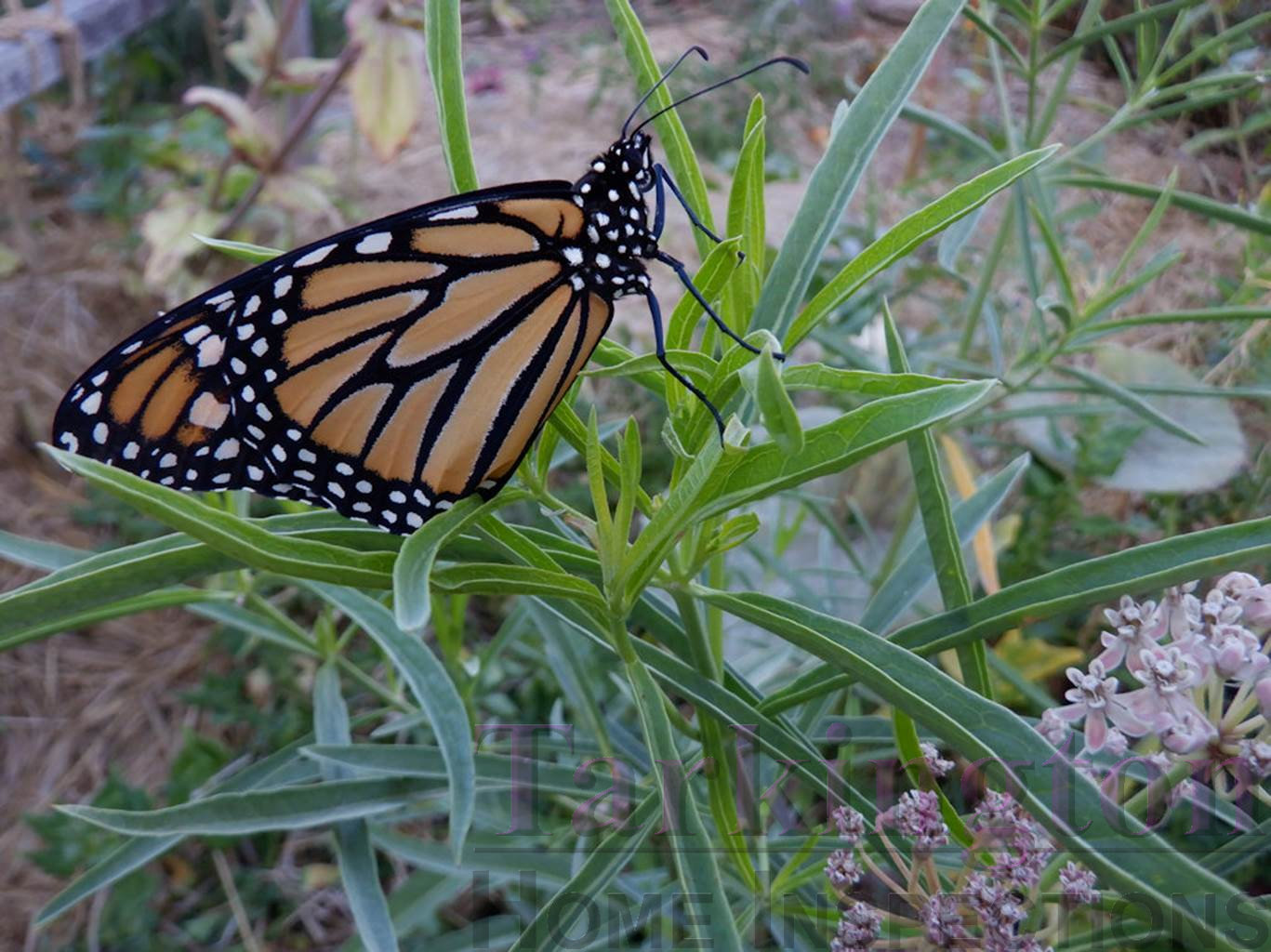 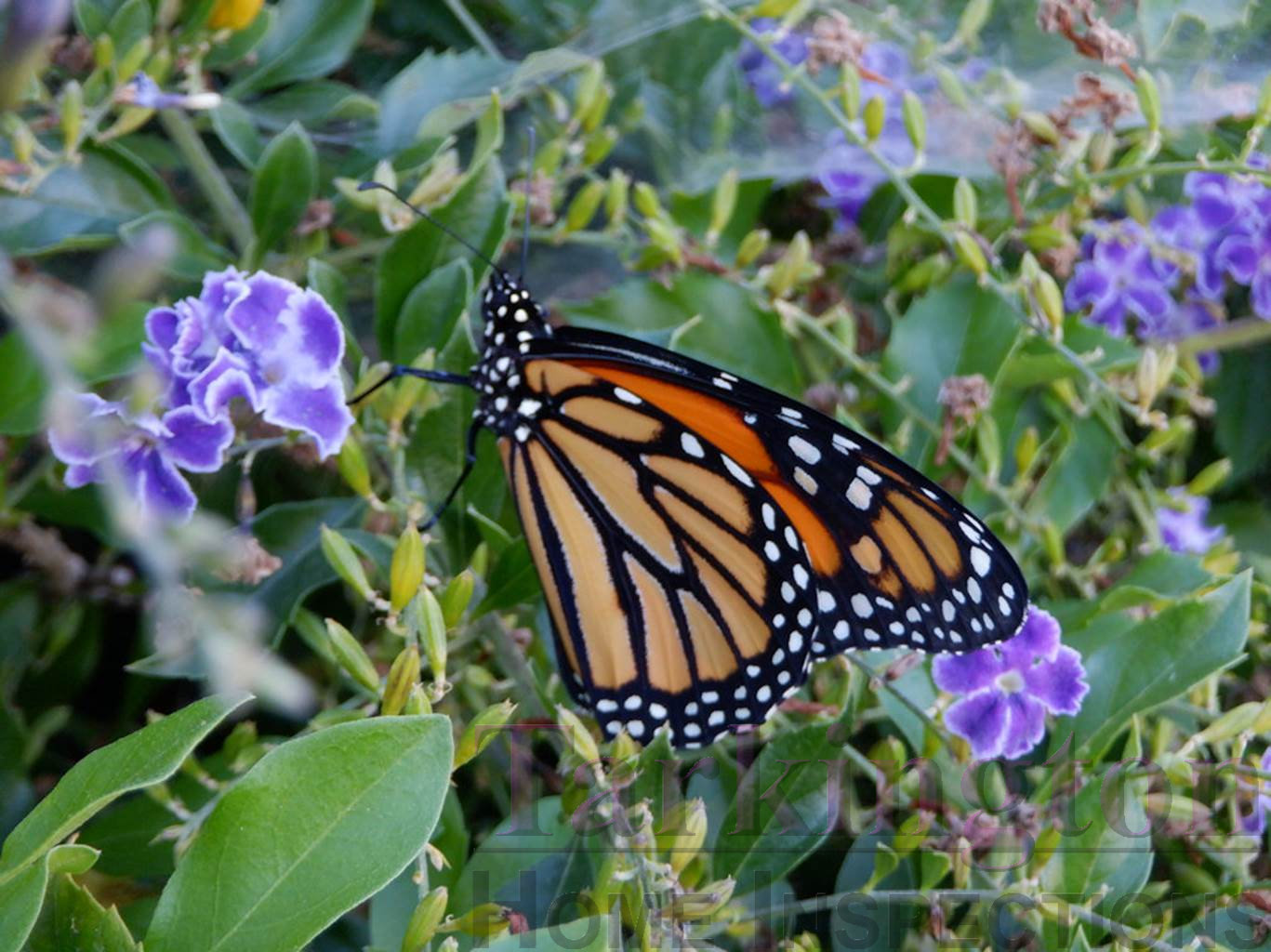 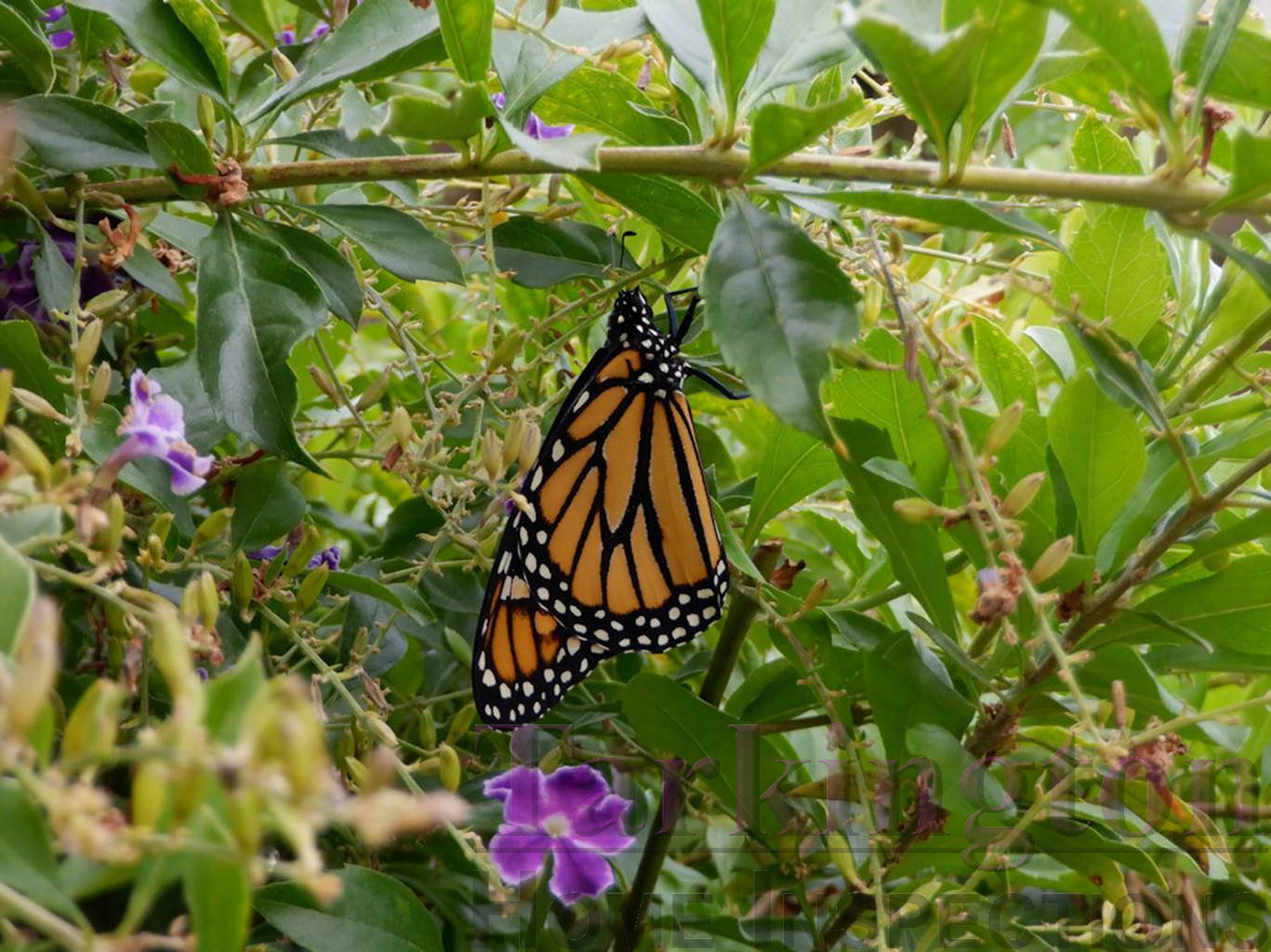 When released in the late afternoon, the butterflies would often crawl into the duranta plant and find a place to stay for the night. When the sun warmed them up the next morning, they would fly around the neighborhood, visiting everyone’s flowers. 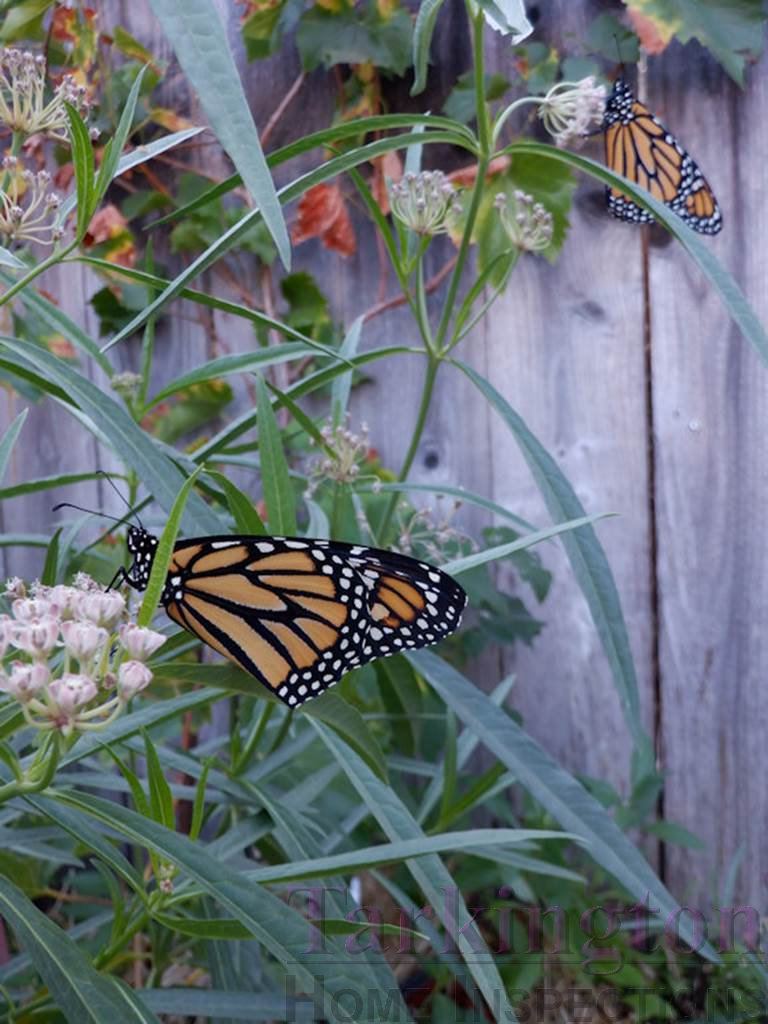 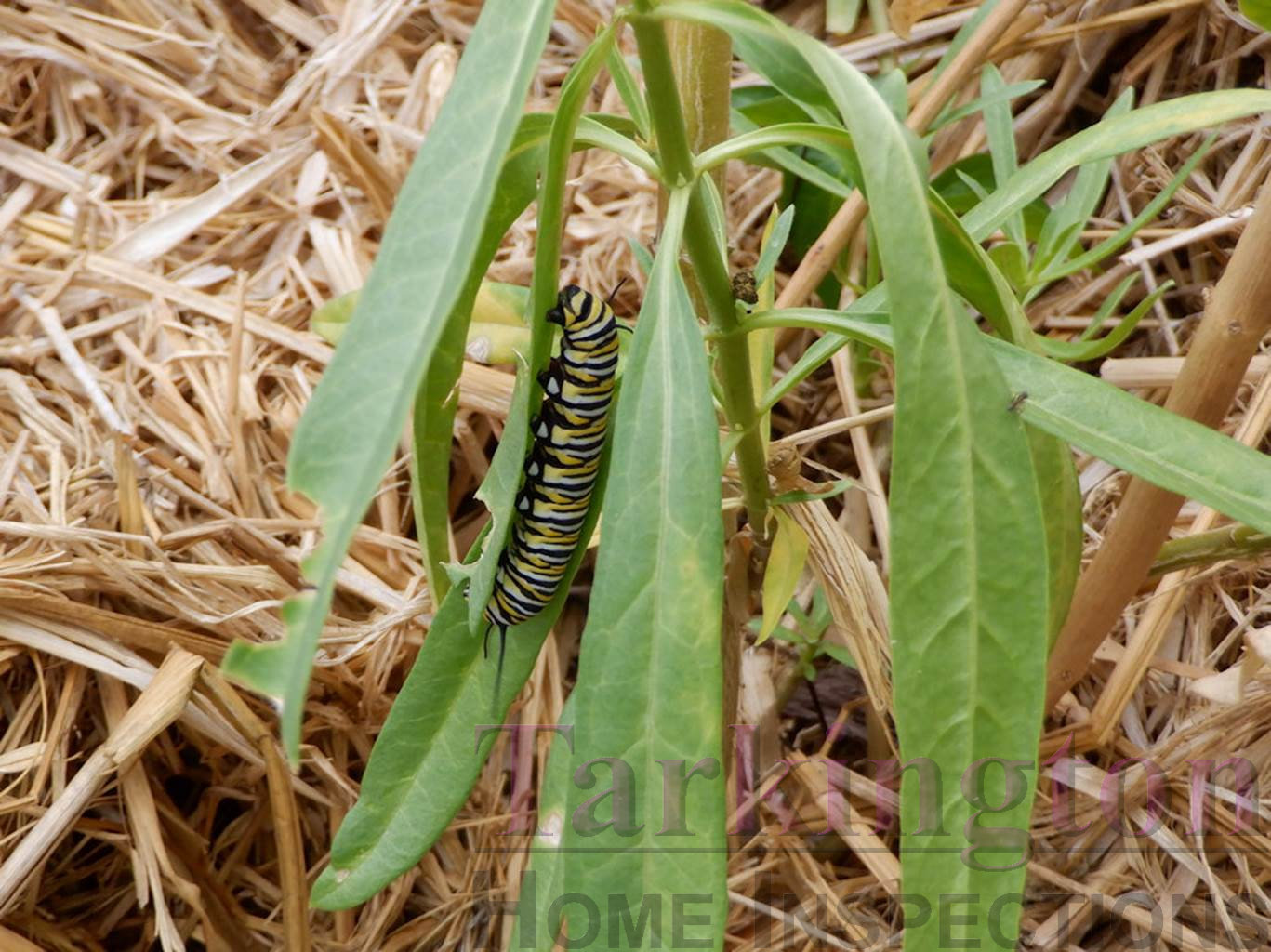 A caterpillar that survived on its own. 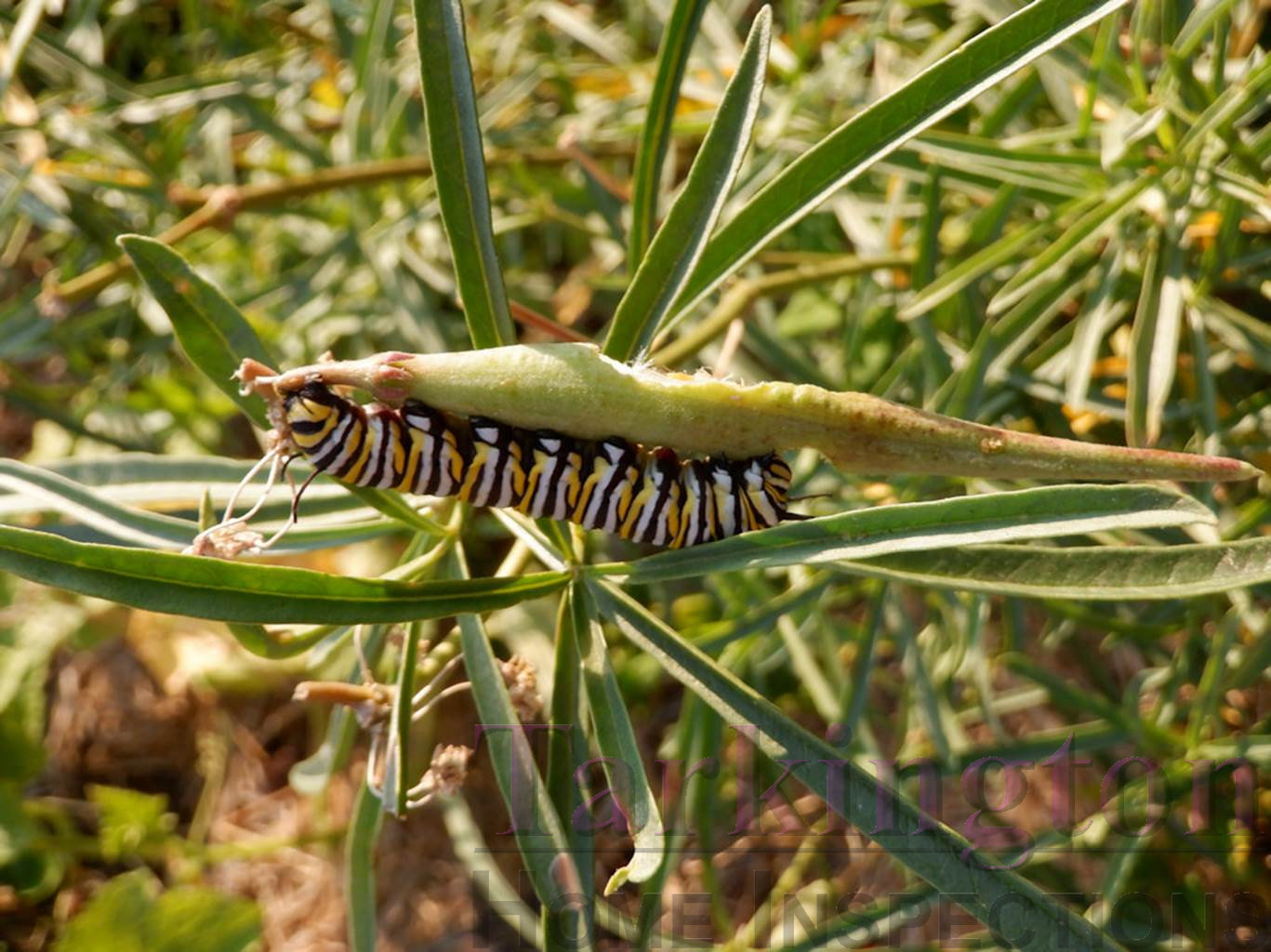 A caterpillar munching on a seed pod. 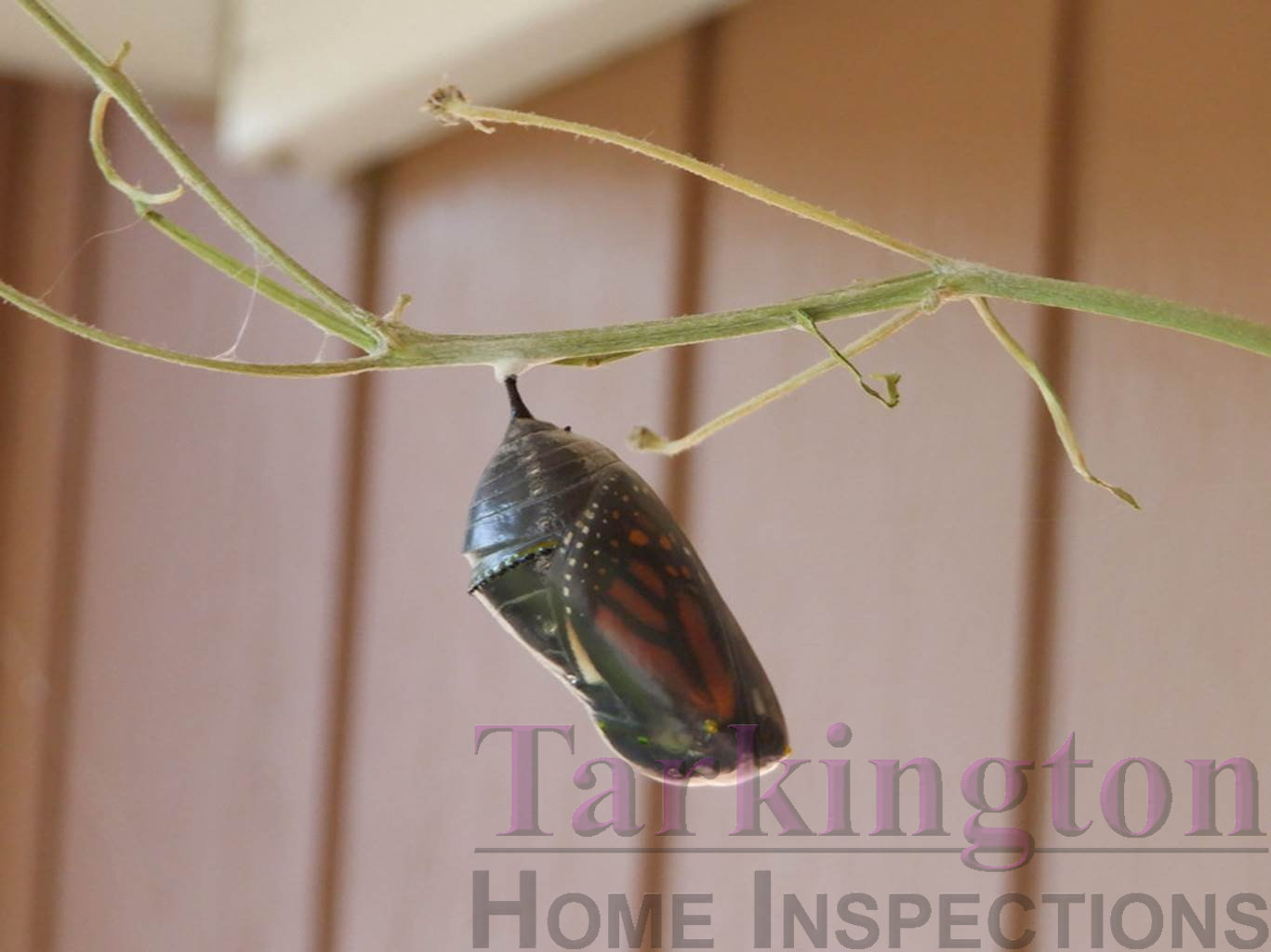 Another chrysalis hours, or minutes, before the butterfly emerged. 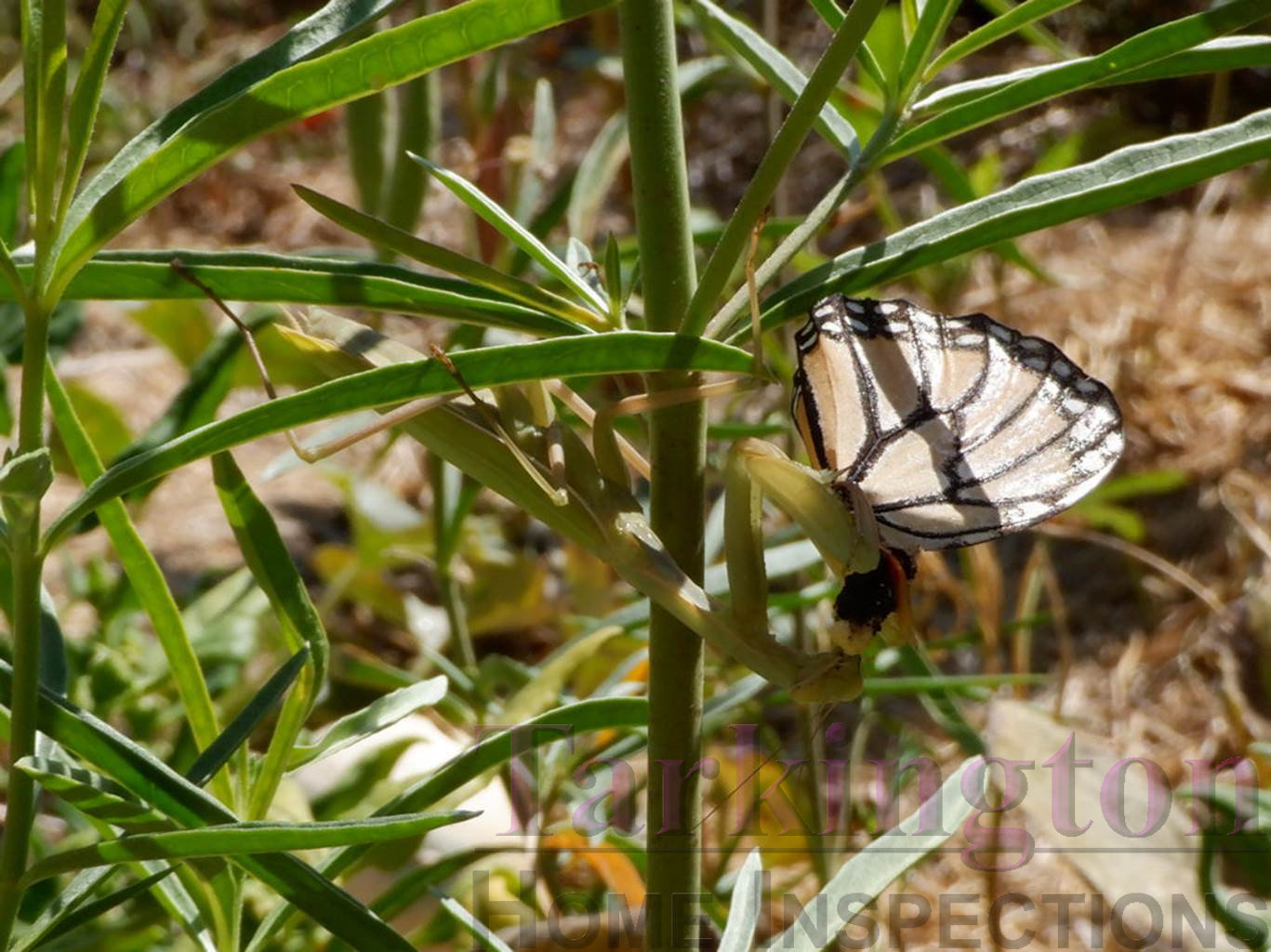 Survival of the fittest. Not every butterfly survived. This one was eaten by a praying mantis. It was one of three butterflies that chased each other around the neighborhood for hours. That was before it’s untimely demise. 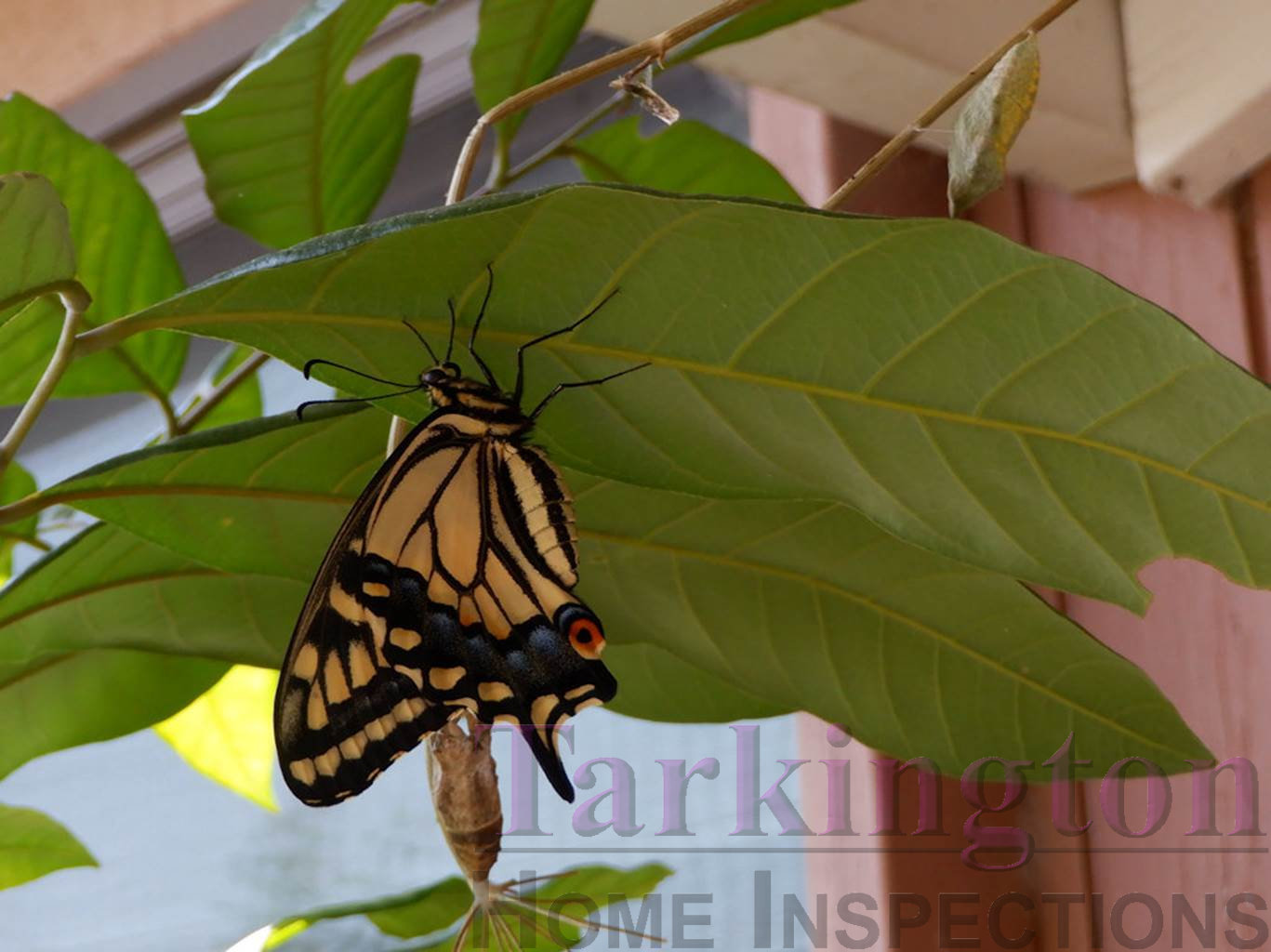 We also had several Anise Swallowtail caterpillars. The butterflies lay their eggs on the dill plants growing in the garden. We learned last year to bring the caterpillars indoors after losing several to birds. It was very disappointing to watch a caterpillar start to cocoon and return several hours later to find it missing. This butterfly had recently emerged and was still drying it’s wings. 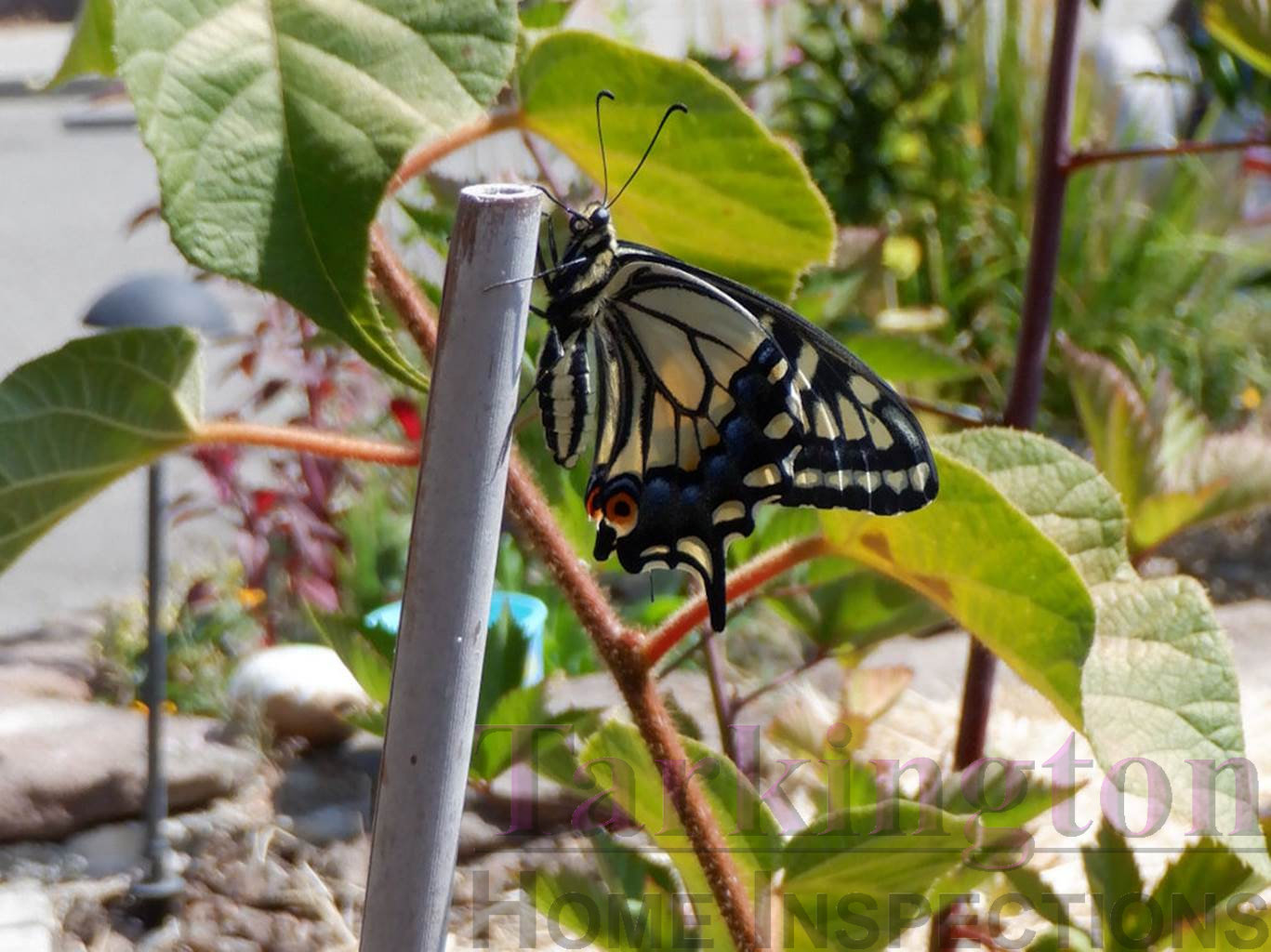 A swallowtail drying its wings in the sun.